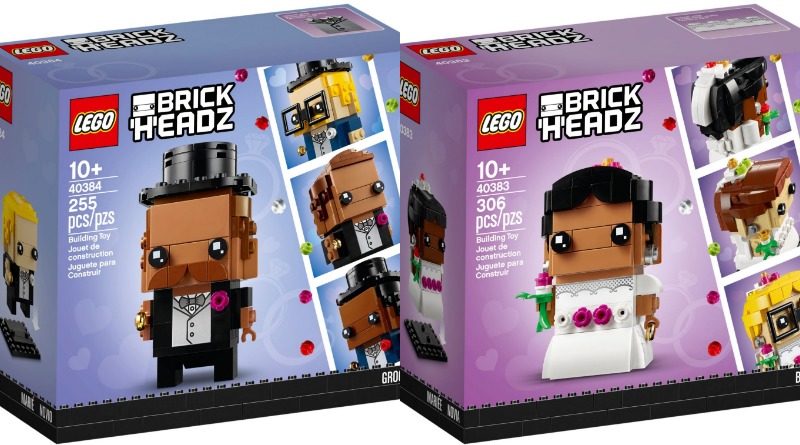 The Women’s Brick Initiative has revealed its choices for the most inclusive LEGO sets of 2020, with Harry Potter, BrickHeadz and Friends on the list.

If you’re unfamiliar with the Women’s Brick Initiative (WBI), it’s a group of LEGO fans dedicated to inspiring more girls and women to join the hobby. Much of its focus is on equity and diversity across the products, launches and activities the LEGO Group is either responsible for or involved in.

To that end, the WBI’s ‘2020 Best and Worst in LEGO for Equity and Inclusion‘ list looks back over the past 12 months through that lens of diversity, picking out the good and bad in what the LEGO Group’s been up to this year.

For instance, its ‘Top Ten list for Equity and Inclusion’ includes sets like BrickHeadz 40383 Wedding Bride and 40384 Wedding Groom. Both those models use different shades of bricks to recreate different skin tones, and unlike previous wedding-themed BrickHeadz, they’re sold separately. That means same-sex couples can easily recreate themselves in statuette form.

The WBI also highlights 10273 Haunted House for including a wheelchair user and ramp, the Chinese New Year sets for their cultural diversity, and the equal representation of male and female protagonists in the Hidden Side theme.

Fans of the Collectible Minifigures will know that the blind-bagged theme achieved a major milestone this year, as 71027 Series 20 was the first to mark an equal split between male and female characters. That wasn’t lost on the WBI – and nor was the Friends Jungle subtheme, which it hails for its interesting builds, cute animals and proactive and action-based storylines.

LEGO CITY 60271 Main Square also receives a nod for including the first minifigure wearing a hearing aid, while 75981 Harry Potter Advent Calendar is celebrated for including both Patil sisters (and their bindis). The list rounds off with a nod to both the LEGO Group’s catalogues and its Rebuild the World 2020 ad, which both champion diversity in their representations of LEGO fans.

Not everything has been rosy in the world of LEGO equity this year, though. Collectible Minifigures aside, not one theme achieved parity between male and female characters. “While we recognise that intellectual property themes don’t help in this regard, the fact still remains that female minifigure heads have been produced at less than half the rate of male minifigure heads,” says the WBI’s MeganL.

On the other hand, the group criticises the Friends theme for the opposite extreme: of the 66 mini-dolls included in 2020 sets, just four were male. It also takes the theme’s reliance on stereotypes to task, pointing to sets based on glamping and ‘yet another hair salon’.

The list similarly pulls up the CITY theme, albeit for stereotypes of a different kind. “We understand the cop and robber theme is an evergreen one for CITY, but did they really have to give the criminals names like ‘Vito’ and ‘Frankie Lupelli’?” MeganL asks.

Finally, the WBI points out the sheer lack of diversity across the LEGO Group’s third-party clothing collaborations with Levi’s and Adidas, which focus almost entirely on gear for boys and men.

Head over to the WBI’s site to check out the full list. It’s a worthy and interesting take on the year in LEGO as we approach 2021, and the avalanche of new sets that are about to launch.