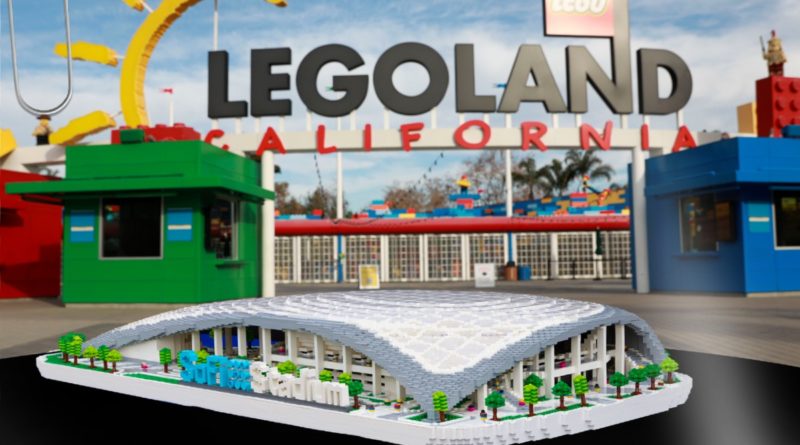 The LEGOLAND California Resort will soon be home to the world’s largest brick-built stadium to Miniland, featuring around 500,000 bricks.

With the Superbowl arriving next weekend at the SoFi Stadium, LEGOLAND California is commemorating the event by transforming the stadium used to host the teams into a model made as an expansion to the park’s Miniland.

The attraction, which features scaled-down recreations of places around the world, including the surrounding area of the resort, will add the SoFi Stadium this spring using 500,000 bricks. A reveal tweet from the resort shared that 25 master model builders will spend 6,000 hours to finish the model

Shortly after the announcement, a second social media post shared a glimpse at the work going on behind the scenes, with the stadium hoping to beat the Guinness World Record for largest LEGO stadium, which is currently held by the Allianz Arena recreation in LEGOLAND Deutschland.

The video demonstrates how digital sculpting software guides the master model builds and reveals a better look at the interior of the build, where a section of the outside will be removed to give visitors to the resort a view inside.

The brick-built stadium is currently scheduled to open at LEGOLAND California in Spring 2022. Recent rumours also suggest that the biggest commercially-available model of a stadium will also launch near that time.