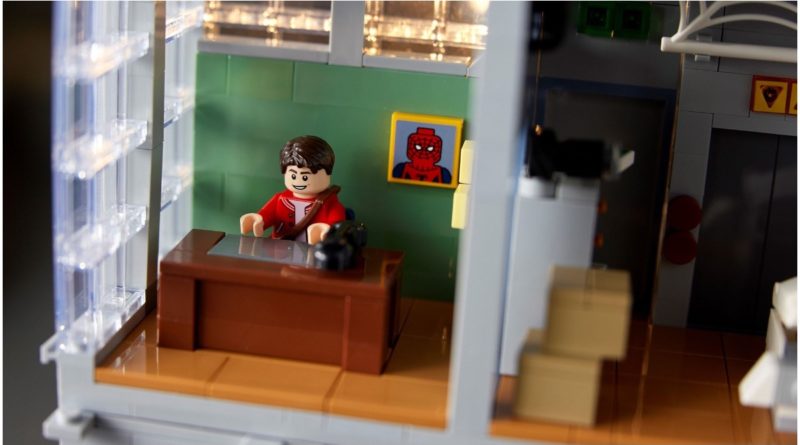 From a bafflingly big boat to a whopping Imperial walker, these are the 10 most expensive LEGO sets that hit shelves in 2021.

LEGO’s popularity has been given something of a boost in the last couple of years. More time indoors has inspired people to take up new hobbies (or resurrect old ones) and the LEGO Group was a significant beneficiary of that impulse.

Coupled with an increasing focus on adult LEGO fans, we’ve seen LEGO sets increase in size, ambition – and, of course, price. The number one set on this list has broken older pricing records, even if its construction process raised a few eyebrows along the way.

Without further ado, here’s our rundown of the most expensive sets of 2021 – the cumulative total of which is a staggering £3,651.90 in the UK.

The number 10 spot is actually shared by three different sets (since we’re using the UK RRP as our reference point). 21330 Home Alone, 31202 World Map and 76391 Hogwarts Icons Collectors’ Edition each cost £229.99. However, since it’s close to Christmas, we’ve decided to focus on 21330 Home Alone for this feature.

The latest success of the Ideas theme, Home Alone recreates the McCallister home from the 1990 classic. This ambitious set incorporates a number of key scenes from the movie, including Kevin’s fake party, his solitary macaroni and cheese dinner, and – of course – several of the traps he lays for the Wet Bandits. Subtler details abound, such as Buzz’s tarantula, a flyer for Duncan’s Toy Chest and even the furnace in the basement.

21330 Home Alone reflects a growing ambition in the Ideas range. Early sets were fairly small in scale, and relied solely on existing elements in their product design. However, sets such as this one suggest the LEGO Group feels confident to expand its horizons – unsurprising, given this film’s cult following.

The next three sets also share a price point, of £274.99 this time: first up is 42129 4×4 Mercedes-Benz Zetros Trial Truck. This Technic set features a number of high-tech bells and whistles that bump up its price a little.

The large-scale vehicle comes with all the features we’ve come to expect from high-end Technic releases. It offers impressive aesthetic detail (aided in places by typical LEGO elements) while an abundance of stickers offer further embellishment. It also includes a brand new universal joint construct, which further expands building possibilities.

A more interesting feature, of course, is its CONTROL+ functionality. Working in a similar fashion to the LEGO Group’s Powered Up product line, this allows for remote control of the truck via a smart device. Similar functions have been made available in prior LEGO sets, and might make the high price of the set easier to swallow.

Unfortunately, flimsy parts and certain inaccuracies may, in turn, work against that functionality – particularly since the long-term future of the app is unclear as well. This might be one for die-hard Mercedes-Benz fans only.

Conversely, 71741 NINJAGO City Gardens might have broader appeal. The NINJAGO City sets are among the finest products the LEGO Group has ever produced. This latest one – which commemorates the theme’s 10th anniversary – is a very respectable addition to the line.

Sharing some design features with the Modular Buildings Collection, 71741 NINJAGO City Gardens is packed with fun features and fine details. Like its predecessors, the set recreates the changing face of the city itself; ground floor buildings are more traditionally styled, while upper levels are more colourful and futuristic. The set’s museum contains multiple nods to both the NINJAGO television show and prior NINJAGO sets – spotting all the references is a fun activity for any owner of the model.

Broadening the set’s appeal further are references to other themes in LEGO history. The ice cream shop plays subtle tribute to the Ice Planet theme of the ’90s, while other themes such as Rock Raiders and Space Police also receive nods. When you’re done admiring your handiwork, you can connect the set to the other two NINJAGO City sets – assuming you’re lucky enough to own them.

This addition to the LEGO Marvel Super Heroes theme is similarly impressive. While the LEGO Marvel theme has recreated the Daily Bugle before, this version literally takes the concept to new heights.

Measuring over 80cm tall, the offices of the New York newspaper offer plenty of distractions. Each floor of the set comprises offices for staff to work in, including a reference to Spider-Man’s rich history of internet memes. Parts of the building can also be dismantled to allow for better access or display, and it’s naturally compatible with sets in the Modular Buildings Collection too.

As one of the world’s most beloved superheroes, Spider-Man has built up a rich world of allies and enemies. In addition to his fellow Spider-people (like Spider-Gwen and Spider-Ham) new versions of characters like Doc Ock, Carnage and Mysterio can be found here. A number of exclusive heroes also pop up; characters like Daredevil, Blade and even the Punisher make this a goldmine for Marvel fans. J. Jonah Jameson – the Bugle’s curmudgeonly editor – is another excellent addition to this remarkable model.

This set (priced at £276.99) is kind of an odd duck. It’s not really designed for mass use; it’s part of the Education line, and targeted at primary school students. However, it is a neat reminder that LEGO and technology continue to go hand in hand.

Featuring components such as motors, an LED matrix and a colour sensor, this set shares some things in common with the current MINDSTORMS product line. Its colourful part collection includes an unusual mix of LEGO and Technic elements, as well as a quartet of minifigures to aid the learning experience. We predict a few more LEGO fans will emerge after using this product in schools – an outcome the LEGO Group probably isn’t hostile to.

Turning our attention back to the adult market, 10284 Camp Nou – FC Barcelona is more of a display model. The recreates the stomping grounds of Barcelona’s football team. A price of £299.99 makes this one for the ultimate football fan.

Owners of the set can get a good look at the pitch and stands, with the colours and shaping of the real thing preserved. The outside of the set is similarly enthralling, with trees and a tiny Barca bus bringing the set to life. Flags atop the stadium are another welcome addition.

To aid transport or storage, the stadium can also be separated into smaller components – a good choice if you need to reposition it going forward.

The Republic Gunship remains one of the most memorable elements of Star Wars’ prequel trilogy, expanding our idea of what a Star Wars vehicle could look like. Despite a rocky critical reception this era has earned a devoted fan following, and the loyalty of these fans was rewarded with this Ultimate Collector Series model.

Coming in at £329.99, the set is an impressive tribute to a flying transport from the Republic’s clone army. Key features like its impressive wingspan and gunner pods are preserved, and the interior is hollow to aid your imagination. The set also comes with two minifigures: Jedi master Mace Windu, and a Clone Trooper commander with orange markings. The soldier has since popped up in 40558 Clone Trooper Command Station, but Mace is still exclusive to this set (for now).

Although it’s an impressive model, the set’s awkward shape might make displaying it a tall order. Still, that’s probably an obstacle many owners are prepared to overcome.

Another Technic entry, 42131 Cat D11 Bulldozer comes in at a hefty £419.99. The powerful model shares the CONTROL+ functions with 42129 4×4 Mercedes-Benz Zetros Trial Truck, although it may prove more fun to play with.

The set introduces a brand new caterpillar track, which features a larger footprint and a softer material than its predecessor. However, the two components are compatible with one another. Complex internal mechanisms allow the set to move around properly, and also allow for extra features such as raising and lowering a ladder. Once assembled, a smart device allows you to drive the dozer and carry out other essential functions, such as moving the front blade and the rear ripper to different positions and angles.

While undoubtedly pricey, this set remains an impressive technical achievement – even if long-term concerns about the app remain unaddressed.

The Titanic is one of history’s most famous (or infamous) ships, so it’s fitting the LEGO version is appropriately grand, but a price of £569.99 (and a length of over a metre) makes this set a particularly tough sell.

Still, anyone who does pick it up is getting some bang for their buck. The ship comes with everything you’d want it to: impeccable detailing inside and out, accurate shaping and colouration, and a display stand for better – well, display. The flags flown by the ship are era-appropriate as well, ensuring owners aren’t getting short-changed.

The vessel’s mighty engines can be removed, and even offer moving parts (although the ship probably isn’t seaworthy). Other details like the ship’s cabins and recreational areas also make an appearance. Clever engineering allows the ship to be dismantled, either to peer inside, transport it more easily or recreate its fateful breaking apart. That last use may be in slightly poor taste, of course.

While this ship has probably sailed for most LEGO fans owing to its extraordinary cost, it’s sure to remain a legendary LEGO set long after it sinks out of view.

Since they first lumbered into view, the Empire’s All-Terrain Armoured Transports have become one of the silver screen’s most iconic vehicles. Now a new version has been released for the Ultimate Collector Series, and at £699.99 it’s (almost) everything LEGO Star Wars fans have hoped for.

Unlike many other UCS sets, this set embraces its minifigure component. The body of the walker can be opened up to store several Imperial troops, while the cab of the walker can accommodate General Veers and a pair of pilots. Other equipment like blaster cannons and speeder bikes can also be stored here, and intrepid Jedi Luke Skywalker can hang underneath it.

While you’re unlikely to be taking it apart any time soon, parts of this AT-AT are difficult to disassemble once they’re put together. This works against the ethos of its components a little, although the LEGO Group has issued some clarifying statements on this matter. In any case, 75313 AT-AT remains a highly desirable product for any Star Wars fan. Are you willing to take the plunge?

If you’re interested in what else 2021 has brought us, don’t forget to check out the other articles in our 2021 Year in Review series. All of the products on this list should still be available at LEGO.com, although you may need to wait for some to come back in stock before ordering. 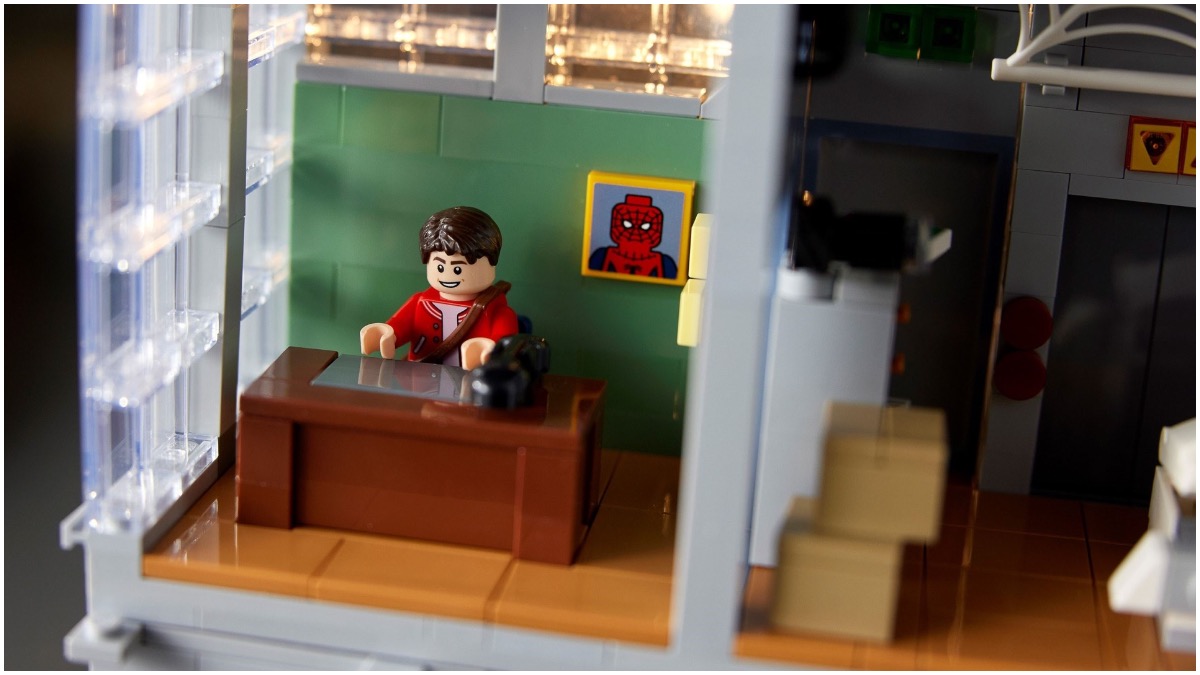