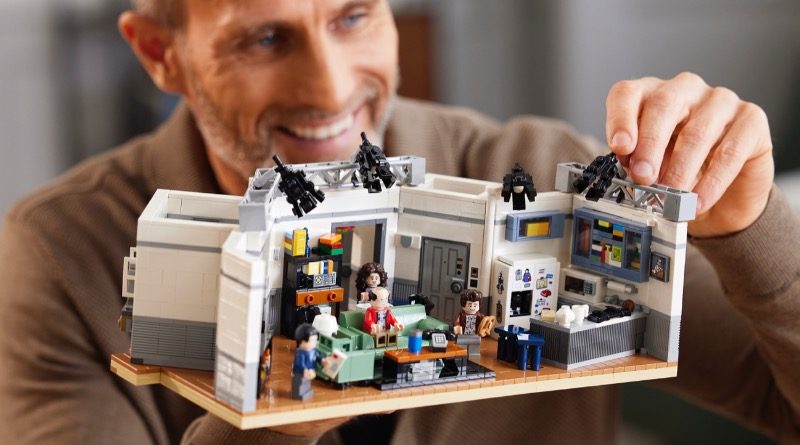 The fan designer behind the newly-announced LEGO Ideas 21328 Seinfeld says it was a ‘travesty’ that no LEGO set existed based on the classic sitcom.

That was the problem Brent Waller – who’s also responsible for bringing 2014’s 21108 Ghostbusters Ecto-1 to shelves through LEGO Ideas – sought to remedy when submitting his Seinfeld-themed project to the crowdsourcing platform in June 2019.

Now, two years on – and just in time for the show’s 32nd anniversary – the LEGO Group has unveiled the final product of Brent’s submission, which realises Jerry’s apartment across 1,326 pieces. And aside from a few colour and part changes, the official set is actually incredibly close to Brent’s original vision.

“I loved Seinfeld in the ‘90s and recently re-watched them all,” the fan designer said. “I thought it was a travesty that a LEGO Seinfeld set didn’t exist, so I made an effort to resolve that and make the best rendition of Jerry’s apartment and the gang that I could.

“The biggest challenge was trying to cram as much detail from the show into the kitchen – all the cupboards, items in the cupboards and on the bench-tops. But I am very proud of how it turned out.”

For more on 21328 Seinfeld, check out the official announcement and full image gallery, learn why the timing of its reveal is so perfect, and take a closer look at how it compares to Brent’s original design. The 36th LEGO Ideas set will launch on July 21 for VIPs and August 1 for everyone else for £69.99 / $79.99 / €79.99.