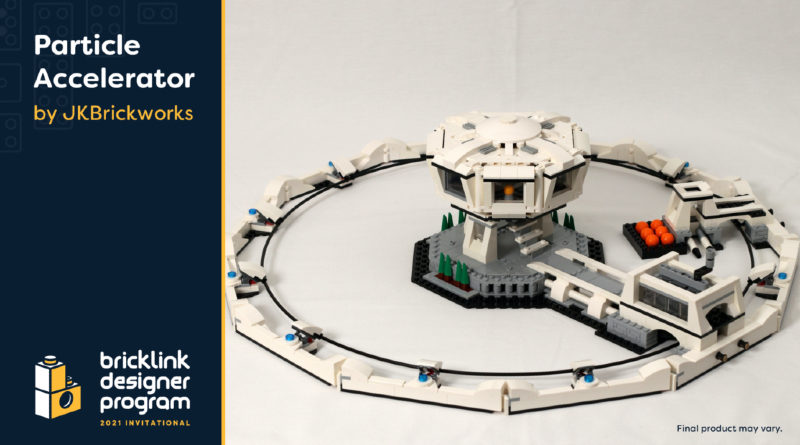 Brick Fanatics takes a thorough look at the BrickLink Designer Program’s first crowdfunding round of potential LEGO sets, including the Particle Accelerator by Jason Allemann.

The BrickLink Designer Program is about to begin, with the program aiming to bring some rejected LEGO Ideas projects back to life as official sets. Several projects have made their way into the initial phase of funding, not least of all including a brick-built particle accelerator. However, only five can come out on the other side victorious.

Whilst we imagine many builders will flock to traditional models such as the Castle of the Forest or nostalgic experience such as The Legend of BIONICLE, you might not want to overlook some of the other submissions such as Jason Allemann’s Particle Accelerator – which reimagines the scientific machine in bricks in a functional and educational model.

Jason, who builds alongside their partner Kristal is one half of JK Brickworks, a team responsible for some of the most kinetic LEGO builds across the internet, so their entry to the BrickLink Designer Program could be no less moving.

At approximately 1,500 pieces, the model consists of an inner tower structure with a fully detailed interior, not to mention some greenery adorning the outside and an outer ring to accelerate the particles around.

The particles, represented by LEGO balls, are loaded into a manually controlled mechanism giving them a speed boost to traverse around the ring. Should you wish to stop by the process at any time, a simple flick of a lever will launch a brick in the path, shutting down the particle accelerator. The model can be easily motorised should you wish to see just how fast the balls can go too.

We’ll be taking a close look at the other projects in the first round of the BrickLink Designer Program too, so stay tuned to see more on these fan designed potential sets. Otherwise, look out for the beginning of phase one on July 1 at 4pm UK time. The first five projects to reach 3,000 minimum pre-orders will be making their way into the hands of builders.