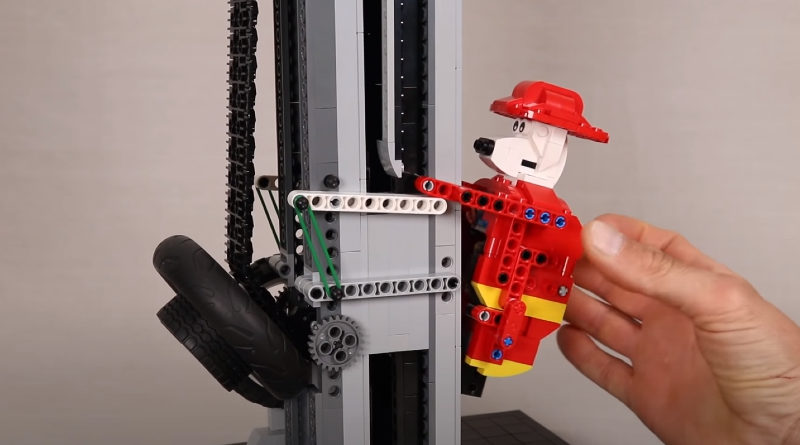 A builder has designed a motorised automaton that demonstrates how LEGO can be used to perform even the most difficult tasks, and then reset itself.

In-between designing their project on the BrickLink Designer Program, LEGO YouTuber JK Brickworks has found the time to create another brick-built mechanism starring a persistent firefighter.

The Never Ending LEGO Climber has one purpose; let the climber ascend the ladder, then slide down to start the process again. Using a series of motors, Technic and System pieces, the firefighter is able to perform this task flawlessly.

While it might not seem particularly useful alone, it’s undoubtedly impressive with the main build only acting as a frame for the motorised firefighter to climb with some brick-built legs. You can even spot the LEGO limbs flailing as the figure descends to the base of the tower.

Builders commenting on the video have provided some suggestions for how this could be used, such as a module on the Great Ball Contraption. JK Brickworks is no stranger to mechanical creations outside of their rejected LEGO Ideas project, with past models including a Tambour Box and suspended train.

Those impressed by the mechanism can look forward to seeing Pursuit of Flight in the first round of the BrickLink Designer Program, and take the model home for themselves from July 1.