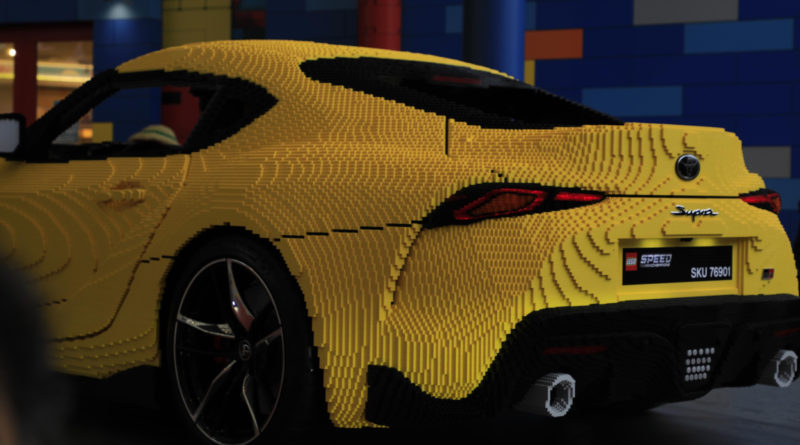 The next massive LEGO car recreation has been revealed as a brick-built Toyota GR Supra that can actually be driven, like the two Technic models before it.

The familiar concept of a driveable life-size LEGO car is nothing new for the company, but this latest iteration introduces a twist to the vehicular formula by eschewing the usual variety of Technic pieces for some standard System bricks.

As revealed in a short clip posted to the LEGO Group’s Twitter account, a total of 477,303 bricks were used to make the model, with the only elements of it not being brick-built including the Toyota emblem, the wheels and parts of the interior.

According to the LEGO Group’s Japanese Twitter account, the creation will be on display next to the road-legal equivalent of the supercar from August 12 until October 11 at LEGOLAND Japan as well as having new characters appear alongside them too.

The event is part of a larger collaboration between the LEGO Group and Toyota which will see some of the resort’s shopping locations overtaken and offering a discount on 76901 Toyota GR Supra and a rare LEGO 30577 Mega Muscle Car polybag.