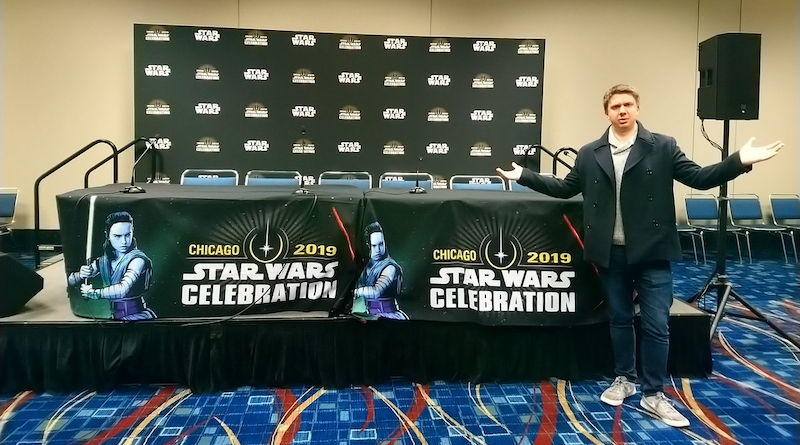 If you missed yesterday’s 20 Years of Collecting LEGO Star Wars panel at Star Wars Celebration Chicago, don’t fret – there’s another opportunity to catch it this afternoon.

Today’s panel won’t be entirely the same, however, this time focusing on some of the key milestones LEGO Star Wars has conquered over the past two decades. Even if you did head along to yesterday’s panel, then, you’ll want to head down to the LEGO booth at 1:15 PM ET for what’s sure to be a fascinating discussion.

That’s not the only point of interest in Chicago for LEGO fans today, though. From 10:00 AM to 7:00 PM, you’ll be able to get your hands on 75251 Darth Vader’s Castle from the Amazon Treasure Truck at MPWest, Lvl 3 #4000. As is typical with Treasure Truck promotions, there may be a discount to be had on this Amazon-exclusive LEGO set.

Meanwhile, animated series enthusiasts will want to head to the Fan Stage (Room W470AB) at 11:45 AM for the LEGO Star Wars Animation Panel, where you’ll be able to hear from the key creatives behind LEGO Star Wars: The Freemaker Adventures and LEGO Star Wars: All-Stars, Bill Motz and Bob Roth.

Star Wars Celebration continues through Monday, with plenty of headline reveals yet to come – including our first look later today at EA’s new Star Wars videogame, Jedi: Fallen Order. Yesterday, the cast and crew of Star Wars: Episode IX took to the stage to reveal the movie’s title and teaser trailer.