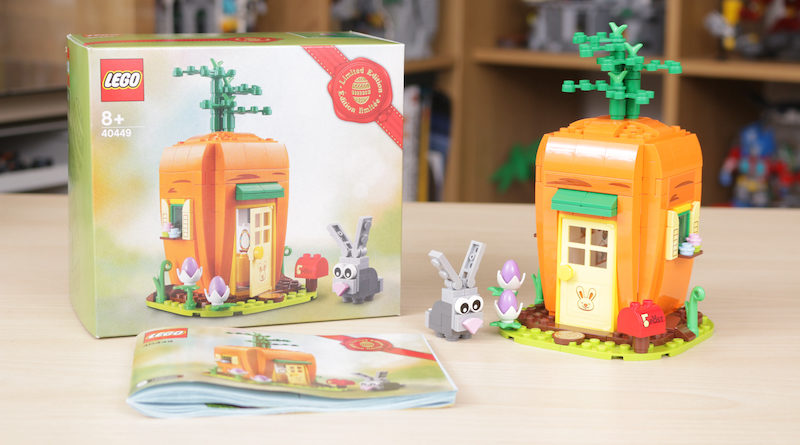 It’s the start of a new month, which means another chance for the LEGO Group to part you with your hard-earned cash through new sets, deals and free gifts.

April is a lighter month on that front compared to the madness that was March, which saw dozens of new sets and a handful of very desirable gifts-with-purchase land at LEGO.com, including the heavily-anticipated 40450 Amelia Earhart Tribute.

While there’s apparently nothing on that scale in the pipeline, at least one of March’s promos will carry forward into April, and there are plenty of new sets and VIP-exclusive rewards to look out for. If you’re hoping to plan out your purchases for maximum returns, here’s everything you need to be aware of.

At least eight new sets, or nine if you’re in the US

Obvious caveats like a pandemic aside, it’s a good time to be a fully-grown adult – at least if you’re into LEGO. Five brand new 18+ sets are hitting shelves in April, including 10283 NASA Space Shuttle Discovery, two new Star Wars helmets, 75306 Imperial Probe Droid, and 21326 Winnie the Pooh on wide release. Click through for the full list, which also includes a bonus set for stateside fans.

Double VIP points will be available on all purchases at LEGO.com and in LEGO Stores from April 12 to 20, making this the perfect time to pick up the most expensive sets on your wish list. The promo rate effectively works out to 10% back in VIP points to spend against future purchases, which is double the usual 5%. For instance, picking up 75192 Millennium Falcon during this time will net you a very tasty £65 / $80 / €80 in points.

The Classic Space-themed VIP Collectible Coin was available for roughly 30 minutes through the VIP Rewards Centre in the UK, before selling out almost instantly. As far as we can tell, it’s already sold out in most other European countries too, and in the US – so good luck tracking this one down on the aftermarket if you missed it…

This promo model for 10283 NASA Space Shuttle Discovery has abandoned the usual gift-with-purchase protocol, and will instead be available exclusively through the VIP Rewards Centre. Originally intended to go live at midnight on April 1, it has now been delayed until a later date. We’re not sure if it will be out this month, or sometime in the future but when it does eventually appear, you’ll need 1,800 VIP points to claim one for yourself.

40449 Easter Bunny’s Carrot House and 30579 Easter Chick Egg will remain available through the Easter weekend with qualifying purchases, so you’ve still got a few days left to grab both seasonal promos if you’re in the US. The former set is free with a $60 spend online, while the latter is available exclusively in-store with a $40 purchase.

UK fans will be able to snag 40449 Easter Bunny’s Carrot House with a £60 spend at LEGO.com, but it looks like 30579 Easter Chick Egg has already sold out online. You’ve got until April 5 before these sets disappear for good, wherever you are in the world.

This DOTS polybag was already available as a freebie for UK fans in early March, but it only popped up in the US at the end of the month. So while it’s long gone from the UK version of LEGO.com, you can still grab it in the US until April 9, or while stocks last, with a $35 purchase.