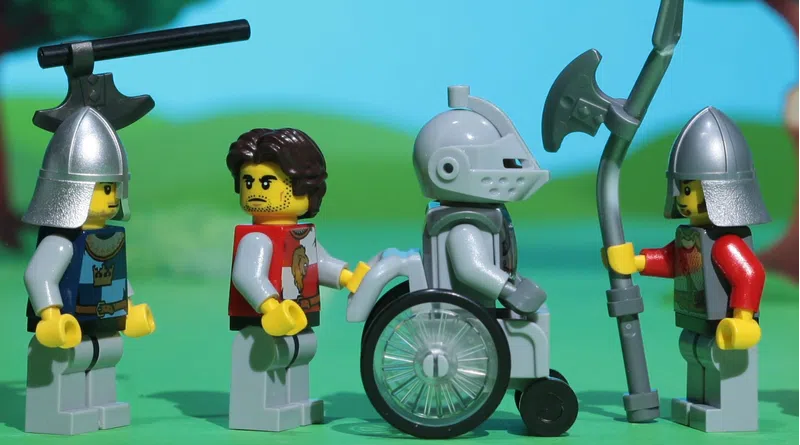 LEGO Ideas has teased a new announcement of an upcoming set, with a strong suggestion that the Medieval Blacksmith is coming soon.

The LEGO Ideas team has posted a new teaser on Twitter and the LEGO Ideas blog for an incoming set, featuring some busted swords, and broken armour. If only there was a blacksmith to fix all of this medieval gear.

The Medieval Blacksmith is one of only a few sets currently in development as part of the LEGO Ideas platform and has been unintentionally revealed previously. However, an official reveal for the set appears to be on its way.

The Teaser features a camera sliding from left to right, passing injured knights from across the LEGO Group’s history. However, towards the end, a new minifigure can be seen bearing the emblem of the Black Falcons. A shield and torso are both seen wearing the symbol, with the torso a seemingly new print.

At the very end of the teaser video, an interesting logo can be seen. The LEGO Group’s logo is displayed above some text stating ‘Adult’s Welcome’ indicating that whatever this set may be, it will part of the adult-targeted collection under the same name.

Other than the design of the Medieval Blacksmith, there is no other information regarding Namirob’s winning project, and there is no confirmation that this teaser is actually for the blacksmith. Whatever this mystery model may be, more information is coming soon.