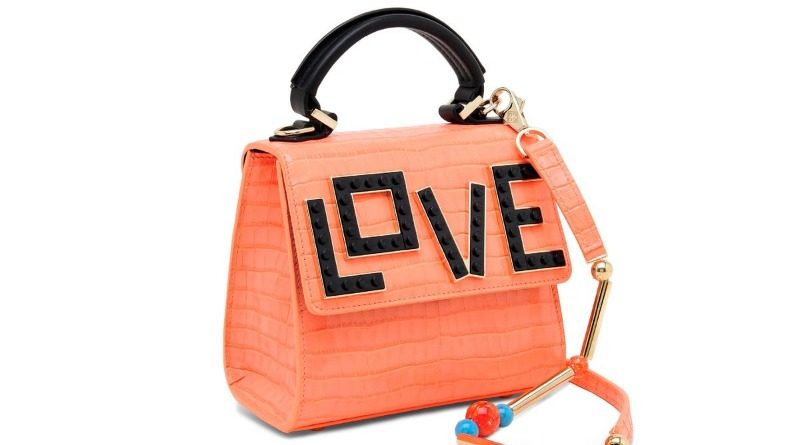 Earlier this month, Levi’s released a new collection developed in collaboration with the LEGO Group. But it wasn’t the first brand to capitalise on the popularity of the brick.

Long before Levi’s proposed putting studs on denim, there was Les Petits Joueurs. The Italian company launched its LEGO handbags in 2014, and they’ve since become a hit among fashion fans worldwide.

The original LEGO bag was conceived by Maria Sole Cecchi, the Florence-based designer behind Les Petits Joueurs. “It was something that I wanted to do for myself, to personalise my handbag,” she told Paris Modes Productions. “One day I said to myself, why not glue LEGO pieces on to a bag and see what it looks like?”

The result was BABY ALEX LOVE, the bag that’s since gone on to become one of her most popular items. Cecchi wore her original version out that first night she made it, and was instantly inundated with requests from people wanting to buy their own.

“I decided to go back home to Florence and to meet with manufacturers who produce for all the luxury brands,” she explained. “I had to make a massive LEGO order. I got in touch with them and I said, ‘Listen, I don’t know what to do, I have a lot of LEGO orders to do. It’s for my bags. Do you like them? I use your products every day.’ And they were absolutely delighted. They loved them and all the women who work for the company wanted a bag, and in exchange, I received enormous parcels of LEGO and bricks.”

That collaboration apparently wasn’t official, and Cecchi now obtains her bricks primarily from third-party vendors. Her team designs all the LEGO-themed bags in-house, and they’ve even created matte black and metallic pieces, according to Fashionista.

The BABY ALEX LOVE normally retails for £589, but you can currently bag yourself one for just £413. Suddenly, the LEGO x Levi’s collection sounds a little more reasonably-priced.

This is high fashion, though – and compared to the work of her peers, Cecchi considers her prices fair. “It’s not a Furla or Michael Kors kind of bag, or, of course, Dior or Fendi,” she told Fashionista in 2016. “It’s something that you still have to think maybe twice before buying, but not too much.”

It sounds like Cecchi’s love for LEGO extends beyond her business, too. She told Paris Modes Productions, “Today I don’t have to suggest presents for myself. Everyone knows all I have at home is LEGO!”

If you’ve been looking at the Levi’s collection wondering who it could possibly be for, Les Petits Joueurs’ success may offer some insight. The brand now sells more than just LEGO bags, but the business has seemingly been built off the back of the brick.