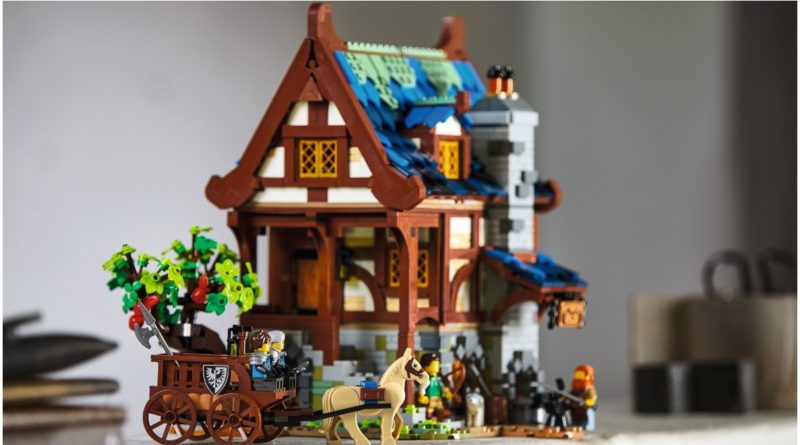 21325 Medieval Blacksmith is back in stock at John Lewis, where the LEGO Ideas set is currently available for its best-ever price.

Given most LEGO Ideas sets rarely find their way beyond official channels and a single third-party retailer, sales of any kind are generally hard to come by – which means that more often than not, you’re going to end up paying full price. Thankfully, the vast majority of Ideas sets are so good, and represent such great value already, that it’s not a huge issue.

We could say exactly the same for 21325 Medieval Blacksmith, which is the biggest (and arguably the best) castle-themed LEGO set of all time, and absolutely worth picking up even at £129.99. That just makes John Lewis’s latest deal all the sweeter, however, because the retailer has knocked a huge 20% off its retail price, bringing it down to just £103.99.

That’s the kind of price that makes buying multiple copies of 21325 Medieval Blacksmith a more realistic prospect, and given how many brilliant alternate builds the community has come up with for the set – you could realistically put together an entire medieval village if you’re so inclined – it’s definitely worth diving down that particular rabbit hole.

There’s no telling how long this deal will last – stock could run out quickly – but as 21325 Medieval Blacksmith is currently exclusive to John Lewis (beyond LEGO.com and LEGO Stores), it’s likely the best price you’re ever going to get on the 2,164-piece set, so don’t hang around if you’re interested.

Support the work that Brick Fanatics does (including alerting you to these great deals!) by purchasing your LEGO from John Lewis using our affiliate links. Thank you!