LEGO fans have the opportunity to see their creations feature during the closing credits of The LEGO Movie 2: The Second Part.

The LEGO Group has launched the ‘AWESOME Building Buddies Competition’. This contest asks pairs of builders to team up and build something creative that combines their two favourite things. Winning entries will feature in the closing credits of The LEGO Movie 2: The Second Part.

To enter the contest, fans need to choose their partner, build their creation and submit a photograph to the e-mail address provided at the contest website. Amazingly, it seems there is no age limit – so adult LEGO aficionados can give the challenge a try. 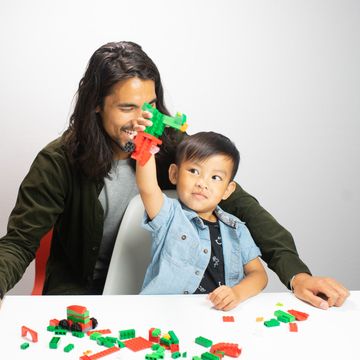 The deadline is July 31 at 23.59 Central European Time, so be sure to have the build ready before then. Anyone considering entering the contest should also read the full set of rules.

What does this tell us about the end of The LEGO Movie 2: The Second Part? Will a combination of imagination and creativity win the day, before seguing into end credits filled with heart warming examples? Let’s just hope a musical number sneaks in there too, as that has become a LEGO movie tradition.