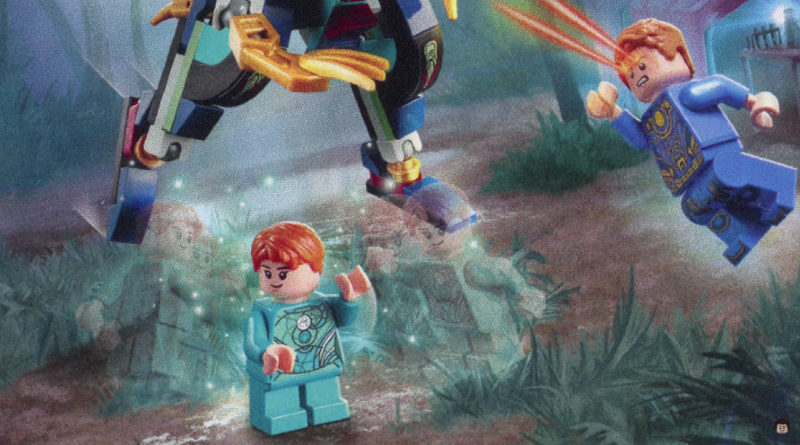 A new set of images for the recently revealed LEGO Marvel Eternals sets are giving fans a closer look at the minifigures and new cast of characters, as well as better pictures of the new pieces.

Youtuber Ashnflash has received the Canadian LEGO catalogue that revealed both 71741 NINJAGO City Gardens and the Marvel Eternals sets and is treating fans to some HD images of the new Eternals minifigures.

In the video Ashnflash shows the new images after scanning the catalogue himself, the images are so high quality that the paper fibres themselves can be seen.

Each of the figures is shown in order of the sets they appear in, starting with Ikaris and his blue suit. The yellow detailing can be seen throughout the suit as well as the leg printing on all these figures. Sprite joins Ikaris in 76145 Eternals’ Aerial Assault in a teal outfit.

Thena is next with a weapon from LEGO NINJAGO, marking the piece’s first time out of that theme. Makkari comes with a new hairpiece, which we can now see in detail. Gilgamesh also introduces a new piece with him holding a partly-transparent fist.

Ajak, Kingo and Sersi are next, all coming in 76155 In Arishem’s Shadow. These figures feature the same level of detail as the rest of the range and mark the first LEGO versions of Salma Hayek and Gemma Chan.

Finishing the team, Druig and Phastos are exclusive to 76156 Rise of the Domo. The images are available on Ashnflash’s video above where better images of the sets can also be briefly seen.