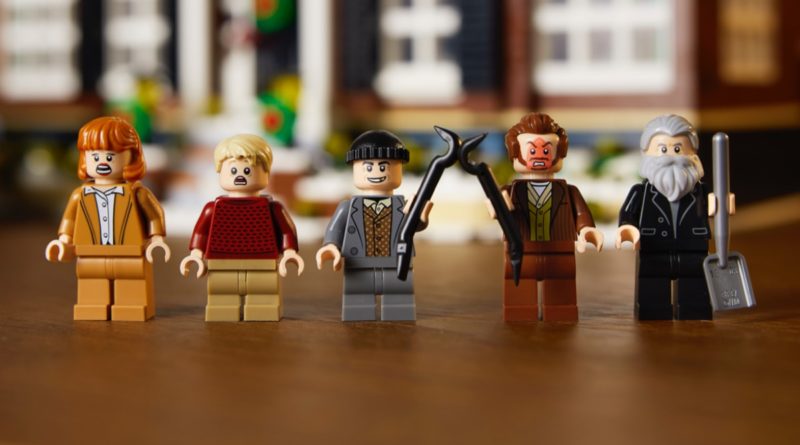 LEGO Ideas 21330 Home Alone includes five minifigures of the iconic characters from the classic movie, but how do they compare to the real deal?

LEGO Ideas 21330 Home Alone has now been officially revealed as the biggest set in the theme to date. Aside from the 3,955 bricks depicting the McCallister Home, Wet Bandits Van and a treehouse, five minifigures are also featured in the build for Kevin, his mum Kate, Harry, Marv and ‘Old Man’ Marley.

Now that high-quality images are available, it’s time to see how the minifigures stack up the characters and actors. Once you’ve finished reading, you might consider watching our video review of the model.

Kevin McCallister is the main character of Home Alone after being left by his parents before they took a trip to France and was portrayed by Macaulay Culkin. Wearing a red jumper for most of the movie, Kevin was both brave and afraid as he fended his home from the Wet Bandits, with a double-sided face print to match.

Joe Pesci played the short but cunning Harry Lime in the movie, as one pair of the Wet Bandits that attempted to rob the McCallister household after assuming it was empty. In the final moments of the film, Harry wears an overcoat and beanie, before it is eventually burned away by a trap. The minifigure depicts him before this moment.

Marv Munchins was the second half of the Wet Bandits and was portrayed by Daniel Stern in the original Home Alone film and the sequel. While not the sharpest of the duo, Marv still featured a recognisable look with facial hair that is represented in a unique face print, including the iron mark from one of Kevin’s traps.

The mother of Kevin McCallister was Kate, played by Catherine O’Hara. The minifigure in LEGO Ideas 21330 Home Alone is based on her appearance as she comes home to find Kevin after he had been left alone, allowing you to recreate the emotional moment.

Marley, otherwise known as ‘Old Man’ Marley, was represented by poet Roberts Blossom in Home Alone and was one of the McCallister’s neighbours who Kevin turned to when he needed help and inspiration to fend off the Wet Bandits. Equipped with his shovel, the minifigure sports a thick beard and slicked-back grey hair.