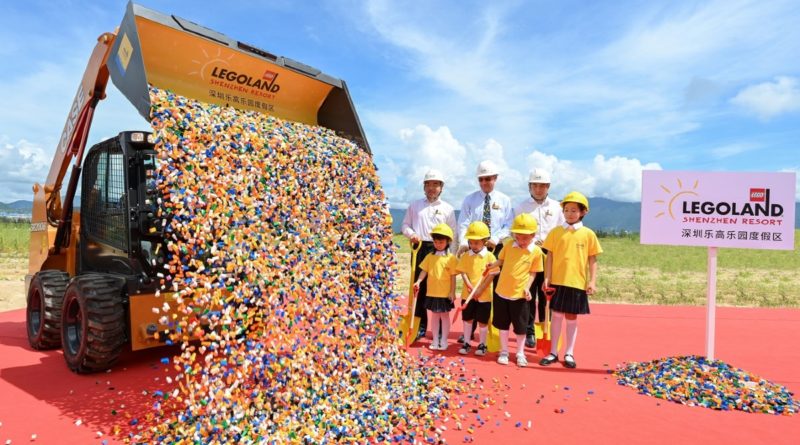 The ongoing expansion of LEGOLAND Resorts worldwide is continuing with lots of new details on the biggest resort yet and its new experiences.

Construction on the upcoming LEGOLAND Shenzhen Resort has officially begun with a groundbreaking ceremony that outlined the plans for the huge brick-based theme park. Keeping things colourful, the event featured 20,000 bricks being tipped in front of guests.

Planned to open in the Dapeng Peninsula in the city in 2024, which already has a flagship LEGO store, LEGOLAND Shenzhen will cover 580,000 square metres of land and has been confirmed to feature entirely new areas and attractions, a few of which can be seen on the map below.

“While maintaining the authentic LEGOLAND experience, there will be new themed areas, rides and immersive shows launched for the China market. The park will also be a smart park, celebrating technological innovation, imagination and creativity in Shenzhen,” said Mr Siegfried Boerst, general manager of the LEGOLAND Shenzhen Resort.

“MINILAND, one of the core areas of all LEGOLAND® Parks, will be indoors to create a large, themed area with high-tech digital interactive experiences while paying tribute to the beauty of Shenzhen and China through representative landmarks, cultural and everyday life scenes.”

The park will also feature the largest LEGOLAND theatre with over 1,000 seats and an exclusive live show. A map of the new area was also revealed, with details shown for the main theme park, water park as well as additional hotels, a second theme park and dining areas.