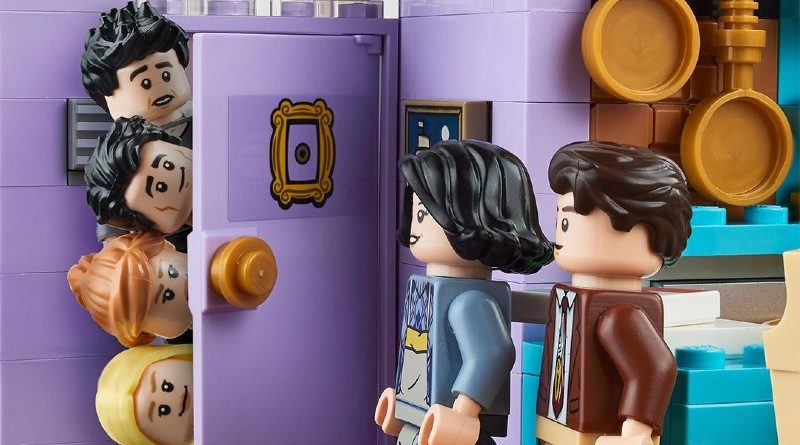 LEGO YouTuber Ashnflash reports that we might expect to see not just the girls’ apartment, but also the boys’ apartment in the new LEGO Friends set.

Although he doesn’t cite a source, Ashnflash picks up on rumours that state Chandler and Joey’s apartment will also be included in the new build, as well as the hallway that connects them. The LEGO Group has already hinted that Monica and Rachel’s apartment will be a part of the design, with their sneak peek of the iconic purple door.

Ashnflash also picks up on some new details on the minifigures, with both Chandler and Monica shown with new outfits. He also points out that Chandler has a new face, Phoebe and Rachel both have new hairpieces. Clearly, the Friends minifigures have been getting a makeover in time for the the reveal of the sets in full.

The YouTuber reports that the new LEGO Friends set will be available from May 19 for VIP members and from June 1 for non-VIPs. Judging by how quickly and how often 21319 Central Perk sold out, we can probably expect the same to happen for this highly-anticipated build. With that in mind, we’ll keep you updated on when you can get your hands on it as soon as it’s confirmed.