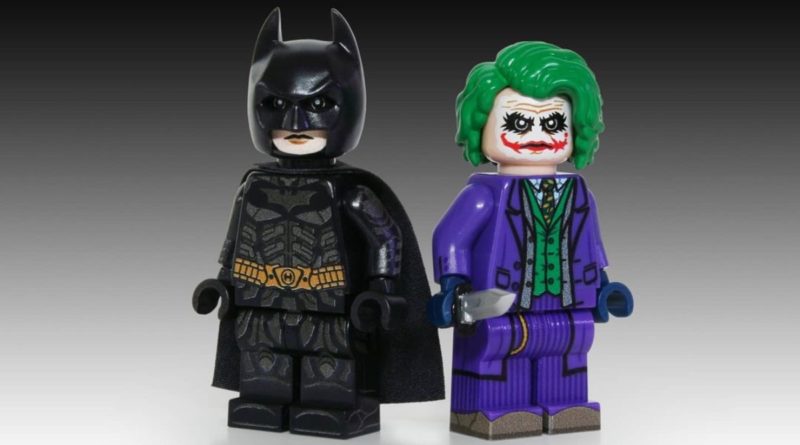 The LEGO Group is returning to Christopher Nolan’s Dark Knight trilogy this year, but these custom LEGO minifigures of Batman and Joker are arguably better than the real deal.

Christian Bale’s Batman and Heath Ledger’s Joker from 2014’s 76023 The Tumbler are still among the LEGO Group’s best DC Super Heroes minifigures to date, and they’re both getting an update in November’s 76240 Batmobile Tumbler. But while their prints are more detailed, the pieces used are exactly the same – including Batman’s all-purpose cowl and Joker’s green hair.

There’s no denying they’re still great minifigures, particularly within the constraints of official LEGO characters, but that doesn’t mean there isn’t room for improvement. And that’s where custom LEGO minifigures come in – or more specifically, Instagram user iyan.ha.58’s custom Batman and Joker.

The most obvious enhancements are Batman’s custom cowl element, which is a much better fit for the rounded shape of its source material, and Joker’s green hair, which is longer and wilder than the official LEGO piece. But the improvements these custom LEGO minifigures offer run even deeper than those, in small and subtle design techniques that really bring out the personalities of these iconic characters.

For example, the printing across Batman’s torso and legs makes better use of different shades of grey and black to really bring out the intricacies in his suit, while the eyes behind the mask are far more accurate to the movies. Where the official LEGO Dark Knight Batman is essentially a slightly modified take on the regular minifigure, iyan.ha.58’s version is closer to the specific, one-off design produced for Michael Keaton’s Batman in 76139 1989 Batmobile and 76161 1989 Batwing.

Joker, meanwhile, also benefits from more detailed torso and leg printing than the purple-suited version found in 76023 The Tumbler, and the face print feels a little more menacing than that of the waistcoated-minifigure in 76240 Batmobile Tumbler (even if it’s easy to see why the LEGO Group would lean away from the sinister side of the character).

All this is not to say that the official Batman and Joker minifigures in 76240 Batmobile Tumbler are no good: they are very effective and desirable designs that will no doubt help shift plenty of copies of the 2,049-piece set when it launches in November. But if you’re after something that steps beyond the typical conventions of LEGO Batman to demonstrate real accuracy to the source material, it’s really worth diving into the custom LEGO minifigures scene.