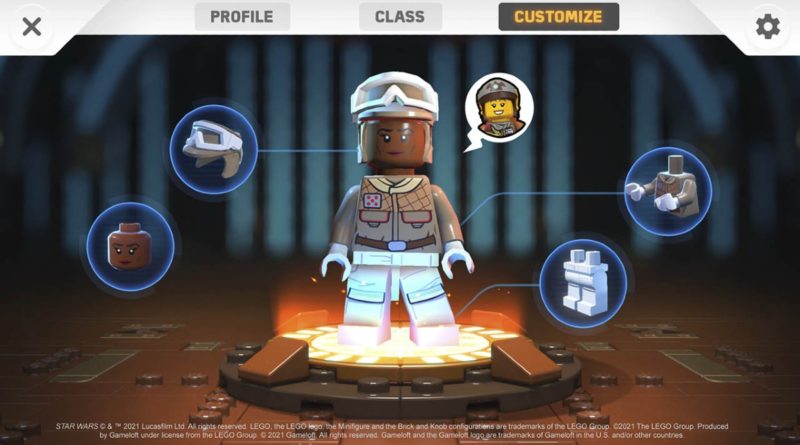 A new interview with the developers of LEGO Star Wars: Castaways is exploring customisation is key to the gameplay and feel of the game.

LEGO Star Wars: Castaways is available now and to mark the occasion, the team at Star Wars spoke to the developers behind the title from Gameloft to discuss an integral element to the gameplay and atmosphere of the game – making your minifigure avatar.

“The idea started when we looked at an actual LEGO minifigure and thought about how kids interact with the toys,” said Game Manager at Gameloft, Jacques Durand. “We remembered what it was like when we were kids and we were playing with our LEGO sets, mixing and matching things and bringing out our creativity to express ourselves with the unique things we’d create,”

“In short, we wanted something unique, something that could bring out the same expression and creativity brought out by playing with the actual physical LEGO models.”

“From the beginning, we wanted LEGO Star Wars: Castaways to be about you, the player, stepping into the world of Star Wars and discovering this mysterious planet, meeting all-new characters, and exploring and playing with your real-life friends,” shared Creative Director, Craig Derrick. “We felt the best way to do that was to build the story and gameplay around this new expression.”

For those who want to try out LEGO Star Wars: Castaways, the title is available exclusively on Apple Arcade, with the VIP rewards centre offering three months of unlimited access to it and other LEGO Star Wars games on the service.