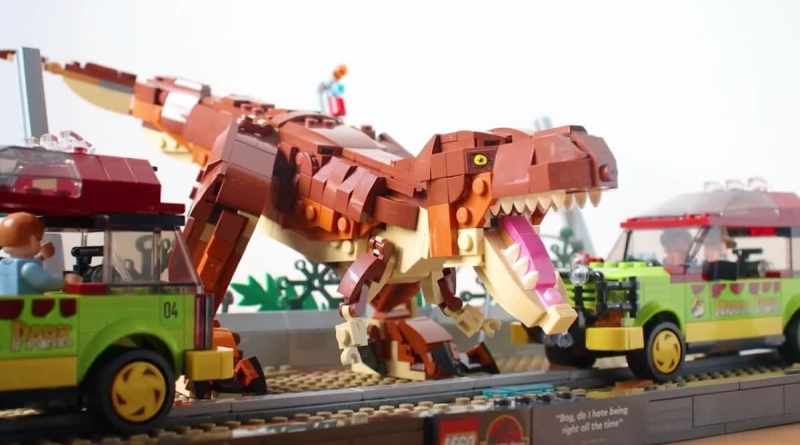 76956 T. rex Breakout recreates an iconic moment from the first Jurassic Park but with more than one copy of the build, you can make the diorama that much more accurate.

Following their exploration of LEGO Avatar’s banshees with brick-built wings, YouTuber José María (known as hachiroku24) has decided to mix two copies of the scene set to expand the footprint and details of the build.

The biggest noticeable change in this combination of the set is greatly increasing the space to recreate the scene, with the YouTuber instead opting for a slightly earlier moment in the movie with both cars intact and upright.

However, take a closer look at the centre of the custom diorama and you’ll notice that the brick-built T. rex has a lot more detail and options for posing too. Click here to see what we thought of this set and note that it is currently scheduled, according to our sources, to retire later this year.

Those taken by this fan-made design need only two copies of 76956 T. rex Breakout to create it, following the steps outlined in the video.