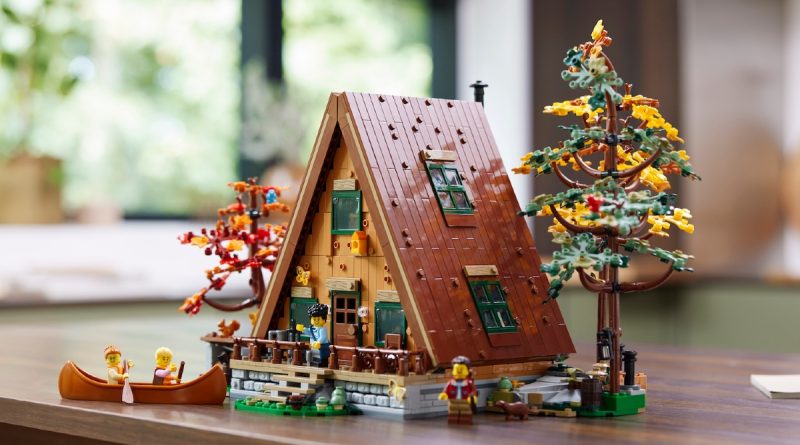 From LEGO Ideas to Icons and even the start of the Disney 100th celebrations, there are a lot of new LEGO sets releasing in February 2023.

Before the next major wave of sets arrives in March 2023, February will be a quieter month of LEGO releases and with only one week left in January, there may not be much more for the LEGO Group to reveal if anything.

That said, it’s not exactly a silent time for new LEGO sets in February 2023 with a few notable launches. The highlight of the month is arguably the latest entry in LEGO Ideas, 21338 A-Frame Cabin, depicting a forest abode with two floors and plenty of details and interesting part usage.

This is based on the project submitted by Andrea Lattanzio and note that LEGO VIP members will have early access to 21338 A-Frame Cabin from February 1 with a wide release on February 4.

Here’s a look at every LEGO product launching in February 2023 so far.

Also worth keeping in mind is the new 40622 Disney 100th Celebration BrickHeadz, the start of the LEGO Group’s celebrations for the anniversary. Those awaiting additions to the LEGO Botanical Collection can look forward to 10313 Wildflower Bouquet and 10314 Dried Flower Centerpiece too, both of which are available to pre-order now for shipping on February 1.

Rounding out the list are a few smaller releases with 40639 Bird’s Nest, which we recently reviewed, and a pair of LEGO Marvel keyrings to boot.

During February, provided stock lasts for a few days, you can also get a free 40581 BIONICLE Tahu and Takua with orders of £90 / $100 / €100 or more, but only on City, Friends, NINJAGO, Classic, Creator 3-in-1, DOTS and Monkie Kid sets. While that doesn’t include any of the new releases, there are some recent models from each theme available from the start of 2023.

Click here to take a look at every LEGO set confirmed for 2023 and see what else is coming this year.