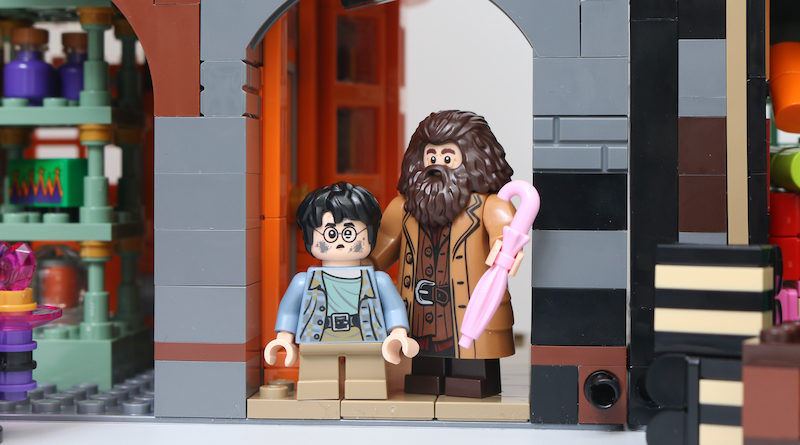 This year’s LEGO Harry Potter advent calendar may include a minifigure that’s otherwise only available in 75978 Diagon Alley.

Promobricks reports that the third wizarding instalment of the festive set will once again be centred around Harry Potter and the Philosopher’s Stone, matching 2019’s 75964 Harry Potter Advent Calendar.

Where that release revolved specifically around the film’s Christmas scenes, though, the 2021 calendar will reportedly be anchored to some kind of board game. As a result, it sounds like the accompanying minifigures won’t necessarily be limited to a certain sequence, but can instead draw inspiration from across the entire film.

Case in point, Promobricks says one of the minifigures will be 75978 Diagon Alley’s exclusive Harry Potter variant. Diehard Potterheads will know that last year’s flagship Wizarding World set actually contains two different exclusive Harry minifigures – one in his Gryffindor robes, and one in his blue jacket – but that’s unfortunately as specific as Promobricks’ description gets.

We won’t know which 75978 Diagon Alley minifigure (if any) is included in this year’s Harry Potter advent calendar until the LEGO Group officially confirms it, then – nor can we be 100% sure of the rest of the line-up, though Promobricks reckons it will include Ron, Hermione, Griphook and a new variant of Dudley Dursley in his pyjamas.

For now, all details around this year’s festive releases (including the supposed Marvel advent calendar) are entirely rumours, and should be treated as such until any official reveals come along.

This is turning into another big year for the boy wizard regardless, with a first January wave since the theme relaunched in 2018, and a 20th anniversary wave of sets rumoured to be launching in the summer (alongside a Quidditch-themed accessory pack).