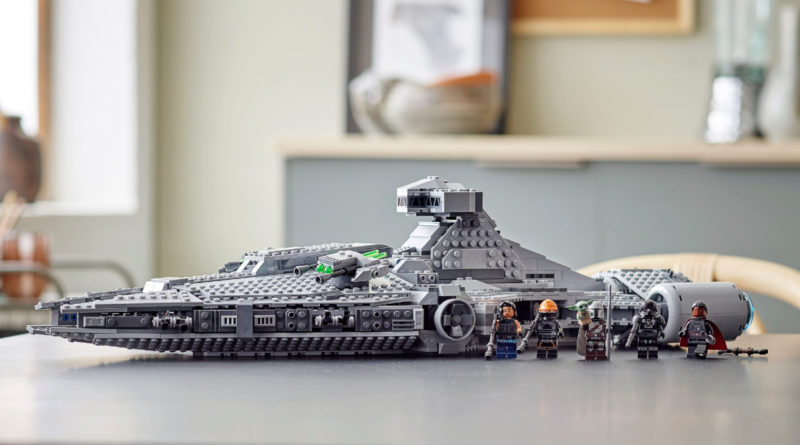 Fennec Shand’s actor has a minor note for her first LEGO Star Wars: The Mandalorian minifigure, all part of her latest LEGO haul.

Earlier in 2021 Star Wars: The Mandalorian actor Ming-Na Wen, who plays bounty hunter Fennec Shand, was made aware of the character’s first LEGO minifigure. She promptly shared her joy for the brick-built iteration on Twitter.

Returning later in the year, the actor found a first look at the characters thanks to some early reviews of 75315 Imperial Light Cruiser, where the minifigure is exclusively available. We’ve got our own in-depth review of the Star Wars set should you fancy taking a look at LEGO Fennec Shand yourself.

Now, it seems that Ming-Na Wen’s dedication to this minifigure has paid off as she has now showcased her latest LEGO haul with her followers, revealing that she is the proud owner of 75315 Imperial Light Cruiser, which is available now. She also shared the news on Instagram where she noted that a hair piece would have been an appreciated inclusion.

Whilst she undoubtedly obtained the build primarily for her very first minifigure (with Mulan only being portrayed as a mini-doll so far), should she wish to recreate the finale of Star Wars: The Mandalorian season 2, the model comes with everything you need to do just that even if it is missing an accessory for Fennec Shand.

Judging by the smile on her face, we’d guess that Ming-Na Wen is just as pleased with LEGO Fennec Shand in person as she was when images were first revealed. With the character returning in The Book of Boba Fett in 2021, we may see more of the minifigure in future models and maybe even in LEGO Star Wars: The Skywalker Saga, which is receiving its next news drop at Gamescom.