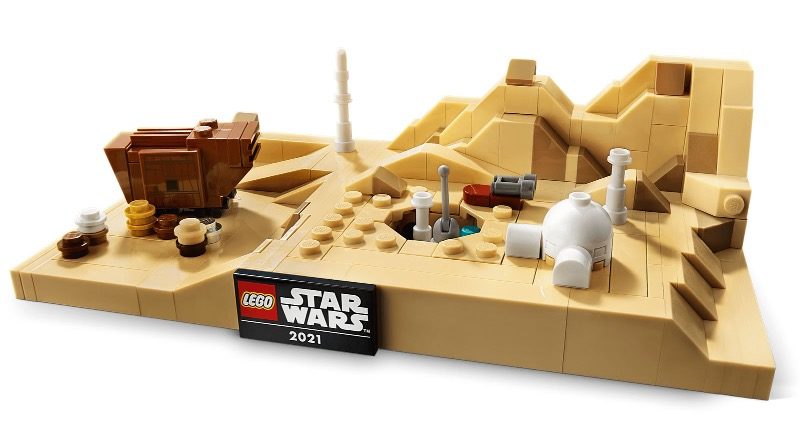 We’re heading back to where it all began for this year’s LEGO Star Wars May the Fourth promo, which has now been officially revealed as 40451 Tatooine Homestead.

The LEGO Group has published the first images of this year’s gift-with-purchase through its Building Instructions app, confirming that – as rumoured back in March – we’re looking at another microscale diorama. That’s in line with recent promotional sets like 40407 Death Star II Battle and 40362 Battle of Endor, both of which have recreated key original trilogy moments as display models.

40451 Tatooine Homestead takes us right back to the opening scenes of Star Wars: A New Hope, where Luke Skywalker and Owen Lars relieved the Jawas of the galaxy’s most iconic droid duo, C-3PO and R2-D2. All of those characters are present and correct here, represented by 1×1 studs in true microscale fashion, alongside a Sandcrawler, Luke’s landspeeder, moisture vaporators and the Lars homestead.

That means this is technically the first time we’ve ever seen Luke’s childhood home in bricks – but because this model is microscale, we’re going to have to carry on waiting for our first Beru Lars minifigure, 22 long years after the first LEGO Star Wars sets arrived on shelves.

40451 Tatooine Homestead will be available as part of this year’s May the Fourth (or Star Wars day) celebrations, which typically take place over the course of a weekend. That means we can likely expect to see it launch as a gift-with-purchase at LEGO.com and in LEGO Stores from May 1.

We’ll confirm specific dates – as well as the required spend threshold and any other May the Fourth promos – as soon as we can.