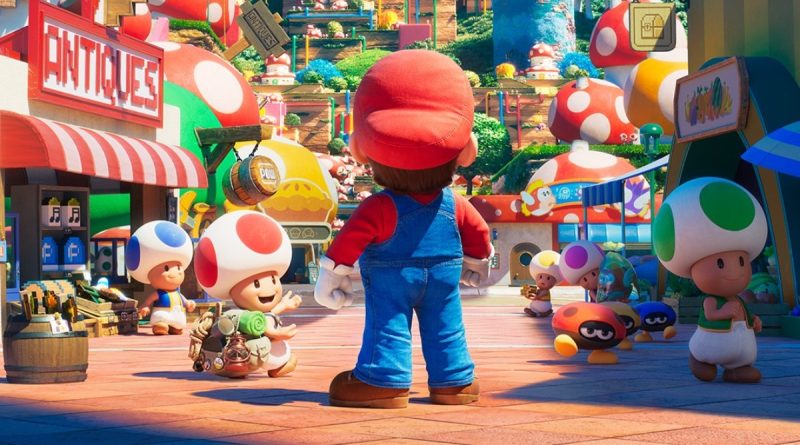 Nintendo has revealed the first image from The Super Mario Bros. Movie, offering an early glimpse at what to expect from the upcoming animated film.

While announcing a one-off Nintendo Direct focused entirely on The Super Mario Bros. Movie, Nintendo of America has tweeted what appears to be the first image from the film (or, perhaps, the first poster). Featuring Mario with his back to the camera staring up at a colour-soaked vista, the image is drenched in classic Nintendo icons, from Toads and mushrooms to Peach’s castle.

It’s fertile ground for the LEGO Super Mario range, which we’ll hopefully see finally break away from its current format of interactive sets in 2023, with whatever comes along to tie into the movie. And with one eye on licensed themes like Marvel, Star Wars and now Avatar, it’s difficult to imagine a scenario in which the LEGO Group doesn’t cash in on The Super Mario Bros. Movie.

The star-studded film features the voices of Chris Pratt as Mario, Anya Taylor-Joy as Princess Peach, Charlie Day as Luigi, Jack Black as Bowser, Keegan-Michael Key as Toad and Seth Rogen as Donkey Kong. Its Nintendo Direct (which typically focus on video games, this being Nintendo) will take place on October 6 at 9.05pm UK time, and will include the world premiere of its debut trailer.

If you can’t watch it live, keep an eye on Brick Fanatics for all the latest updates on The Super Mario Bros. Movie, which is due to arrive in cinemas on April 7, 2023. And if you want a LEGO Super Mario fix in the meantime, the theme’s biggest set to date has just arrived on shelves in 71411 The Mighty Bowser.