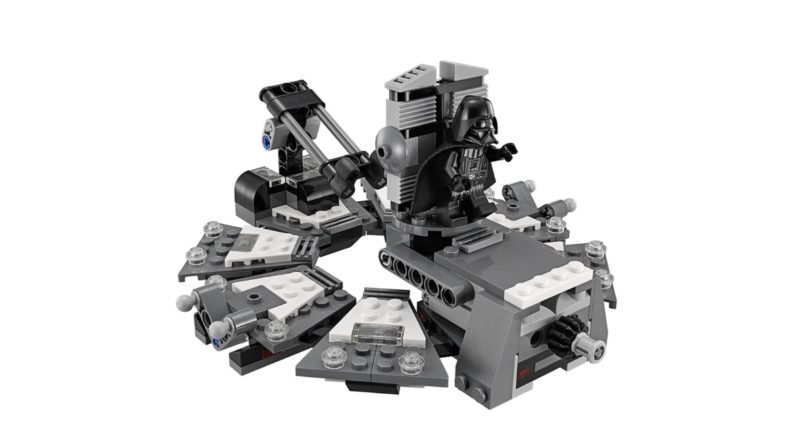 With the Obi-Wan Kenobi TV show on the horizon, here are five key characters you can already find in LEGO form.

The Obi-Wan Kenobi trailer has finally arrived, giving us a look at an older, wiser Obi-Wan before the events of A New Hope. The series has seen a number of old faces (some in live action for the first time) make an appearance, and should be another thrilling instalment for fans of the galaxy far, far away.

While we expect some LEGO sets inspired by the show to make an appearance, several characters from the show have already appeared in LEGO form. If you’d like to start your LEGO Obi-Wan show collection, this is a great place to start:

Obi-Wan himself obviously plays a major role in the TV show, although he’s looking a little more raggedy as a result of his time on Tatooine. Fortunately he hasn’t gone full Alex Guinness just yet, meaning most of his prequel-era minifigures line up with his current appearance.

The Ewan McGregor version of Obi-Wan has enjoyed several LEGO appearances, although the one in 75269 Duel on Mustafar may be most suitable. The damage to Obi-Wan’s robes is appropriate for the era, and the frightened/weary expressions nicely reflect this transitional phase in Obi-Wan’s life.

The Dark Lord of the Sith is due to reappear in this series, suggesting an epic rematch is on the cards. We recently got a first look at Darth Vader in the series, although as you may expect it’s not much to go on.

Practically any version of Darth Vader will work here, given he’s not amenable to radical fashion changes. That said, the version in 75183 Darth Vader Transformation may be your best bet. It features a younger version of Anakin Skywalker under the helmet, and with Hayden Christiansen reportedly returning for the series, he’s the best representation of this era of Vader in LEGO form.

Part of an elite squad of Jedi hunters, the Grand Inquisitor is a formidable enemy in the Star Wars Rebels TV show. He’s distinguished by his cruel nature, pale complexion and deadly, spinning twin-bladed lightsaber. As if the original wasn’t impressive enough.

Despite his (relative) importance to the broader Star Wars story, this guy has only earned one LEGO appearance via 75082 TIE Advanced Prototype. Still, it remains an impressive rendition, and you can even store the lightsaber on his back when it’s not in use.

The Grand Inquisitor has been joined in LEGO form by Fifth Brother, another member of the Inquisitorius. Appearing later on in the Rebels TV show, Fifth Brother features a similar armour design to his boss. He also features the same dual-bladed lightsaber with a bespoke hilt.

Fifth Brother made a lone LEGO appearance in 75157 Captain Rex’s AT-TE. It’s not clear how much of a role (if any) he’ll play in the Kenobi TV show, but this is still a nice minifigure regardless.

Luke Skywalker’s long-suffering uncle makes an appearance in his younger form in the Kenobi TV show. Only older versions of Lars appear in LEGO form; the most recent of these was bundled with 75059 Sandcrawler, an impressive UCS set. As such, you may want to consider using a different minifigure head for this version.

There are quite a few generic faces with realistic skin tones at this point. 76081 The Milano vs the Abilisk might be a source of one; its version of Star-Lord was also used for Jurassic World’s Owen and early versions of Bucky Barnes, referencing its flexibility. A darker hair element may also help you capture this younger Owen more effectively.

The Obi-Wan Kenobi limited series appears on Disney+ on May 25, 2022. With luck, we’ll learn about any tie-in LEGO sets after that date as well.