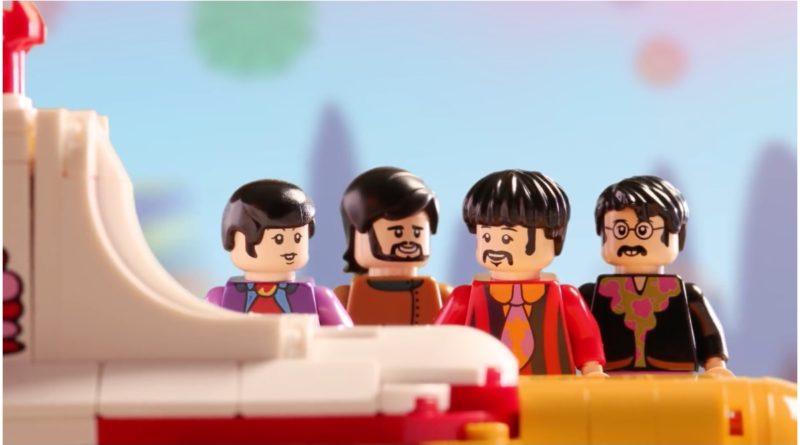 The surprise announcement of 40548 Spice Girls Tribute has us thinking about other musical additions to the LEGO Brickheadz collection.

Scheduled for release on March 1, 40548 brings together all five members of the hit ’90s pop group. The Spice Girls were a major success during this period; formed in 1994, the quintet had a string of hits including Wannabe, 2 Become 1 and Viva Forever. With 100 million records sold worldwide the Spice Girls remain the bestselling girl group of all time, even though the band has been inactive for several years.

Given the LEGO Group’s recent forays into pop culture, like 31204 Elvis Presley – The King, it seems possible we’ll see more musically-inclined Brickheadz – especially since the theme has made several odd turns over the years. With that in mind, here’s a few musicians we wouldn’t be surprised to see receive a Brickheadz version in the future.

Fronted by musical marvel Freddie Mercury, Queen were formed in London in 1970. The band has produced hits such as We Will Rock You, I Want to Break Free and We are the Champions, with reported record sales of up to 300 million. The band and individual members have enjoyed entry into various halls of fame, and – as films like Bohemian Rhapsody make clear – they’re still a popular subject amongst music fans.

While no LEGO Queen sets have been produced, the band had a significant presence in the LEGO Rock Band video game. Players who performed Queen’s tracks in the game had their avatars replaced with LEGO versions of the band members, suggesting that they don’t clash too harshly with the company’s all-ages vibe.

London musician David Bowie enjoyed a chameleonic career, creating numerous personas and hits songs over his life. In addition to classics like Let’s Dance, Starman and Moonage Daydream, Bowie enjoyed a notable acting career. One of his most famous roles is as Jareth the Goblin King in musical fantasy extravaganza Labyrinth.

With a bulletproof pop culture presence and several iconic looks, a Brickheadz version would truly be spoilt for choice. We tend to favour the Ziggy Stardust outfit ourselves, although his 1973 Aladdin Sane tour costume may present a more compelling design challenge.

Sir Elton Hercules John is another London legend, seeing early success in his career via hits like Your Song. He has gone on to produce several more hit albums, as well as Billy Elliot the Musical in 2005. More recently, the story of his life was told in biopic Rocketman, which released in 2019.

Like fellow Londoner Bowie, Elton John is as famed for his lurid costumes as his music. As such, a Brickheadz version could offer some exciting construction techniques, in a theme that continues to broaden its horizons.

If any musicians are an obvious choice for Brickheadz, the Fab Four are a shoe-in The quartet of Liverpool lads revolutionised the music scene in the 1960s with dozens of memorable hits. Interest in the band remains high, even now; Peter Jackson’s documentary The Beatles: Get Back debuted on Disney+ in 2021, to wide acclaim. However, its long runtime (of almost eight hours) did attract some criticism.

As such, a Beatles Brickheadz quartet seems likely; the real question is which version of the Beatles would make an appearance. The band sported a range of memorable costumes during their career, and it’s anyone’s guess which ones The LEGO Group would choose to recreate.

Yellow Submarine or Sergeant Pepper’s Lonely Hearts Club Band may be sources of inspiration. The former has enjoyed a lone LEGO set before, and the latter would also allow some welcome differentiation in costumes. Since this is a key selling point of the Spice Girls Brickheadz, a similar approach for the Beatles seems more than likely.

While the other musicians on this list have built careers (and popularity) over several decades, Adele is relatively new to the party. However, it can’t be denied she’s a popular figure in today’s music scene. To date she has won fifteen Grammy Awards and twelve Brit Awards, and been named Artist of the Year by Billboard on three separate occasions. Given her broad appeal as a singer (with over 120 million records sold worldwide) a Brickheadz incarnation seems at least plausible.

Indeed, the LEGO Group doesn’t seem afraid of capturing a zeitgeist now and then. 10291 Queer Eye – The Fab 5 Loft is an unexpected recent release, although it doesn’t appear to have been as popular as the LEGO Group hoped. Regardless, a more recent artist is certainly possible in the Brickheadz theme, and we’d put Adele near the top of any shortlist.