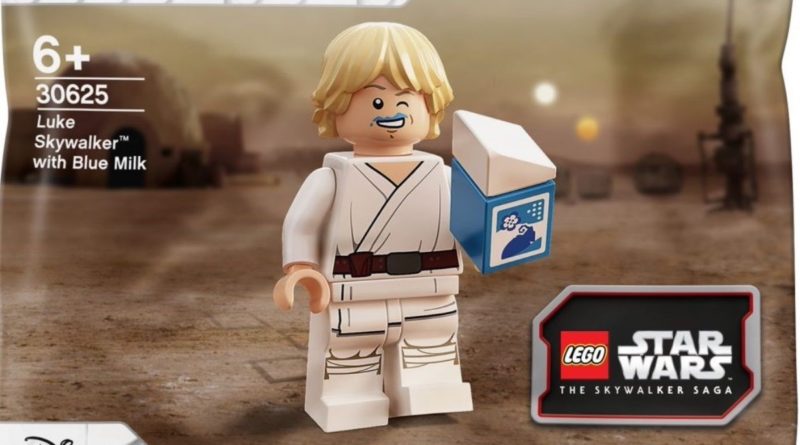 This week saw the release of LEGO Star Wars: The Skywalker Saga Galactic Edition, an updated version of the video game that first appeared earlier this year. As with the Deluxe Edition of the original title, the new iteration also includes a bonus minifigure, although the set only appears to be available as an extra incentive in a number of territories.

The original 30625 Luke Skywalker with Blue Milk polybag was selling for big bucks just a few short months ago, but the set’s reappearance alongside some copies of LEGO Star Wars: The Skywalker Saga Galactic Edition suggest it could now see a reduction in value.

Of course, 30625 Luke Skywalker with Blue Milk wasn’t the first bonus minifigure to be bundled in with a LEGO video game. In fact some of the rarest minifigures to be released were only ever included with pre-orders of TT Games titles, making them must-haves for fans and collectors alike. So exactly which are the most elusive minifigures available with LEGO video games over the years? Here’s our list of the top five rarest character polybags, complete with current market value prices at the time of this writing:

Free with pre-orders of LEGO The Lord of the Rings: The Video Game, this exclusive minifigure featured two facial expressions, a cloth cape and a gold-bladed staff. A code included with the Elven warrior allowed players access to special PC wallpaper and a designer video.

One of the last LEGO Dimensions minifigures to be released, Supergirl could only be obtained by purchasing a PlayStation 4 Starter Pack as part of a limited time promotion. When used in the game, the character is able to access unique Red Lantern abilities.

This exclusive minifigure was selling for as high as £96 on eBay earlier in the year, but the polybag’s rerelease as part of LEGO Star Wars: The Skywalker Saga Galactic Edition may now see that eye-watering price begin to drop slightly.

Pre-orders of the LEGO Marvel Super Heroes game included a minifigure that has never appeared in any other LEGO set to date. The model featured James Rhodes in his Iron Patriot suit, complete with Gun Mounting System mini build.

Tying with 30168 Gun Mounting System for first place is a minifigure that could only be obtained with pre-orders of LEGO Marvel’s Avengers. This unique variant of Tony Stark’s armour also included a code to unlock the character in the game.

LEGO Star Wars: The Skywalker Saga Galactic Edition is available digitally on Xbox One, Xbox Series X/S, PlayStation 5, PlayStation 4, Nintendo Switch for £69.99 (SRP), physically for £49.99 in EMEA territories, and for £59.99 on PC on November 1. Players who already own the game can grab a bundle featuring both Character Collections for £19.99 / $24.99 / €24.99 or each collection can be purchased individually for £11.99 / $14.99 / €14.99. Each new DLC pack can also be purchased separately, with The Clone Wars and Summer Vacation DLC available now.