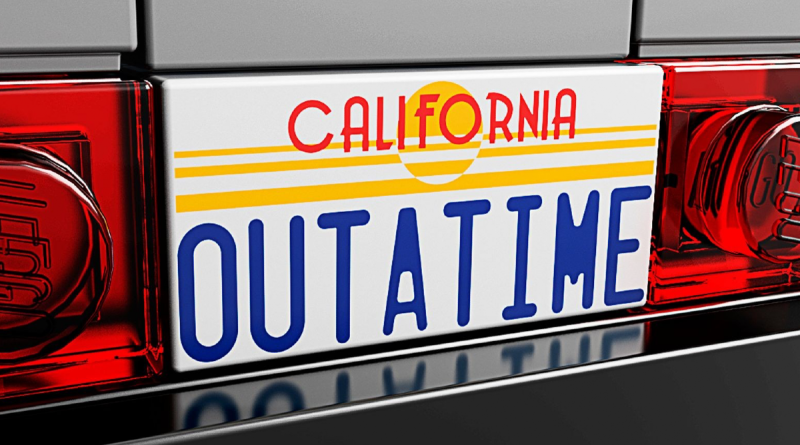 The filing of a mysterious trademark suggests more LEGO Back to the Future sets are coming – and naturally we have ideas.

Beloved sci-fi franchise Back to the Future has popped up a few times in LEGO form, with 21103 The DeLorean Time Machine leading the charge back in 2013. The franchise has earned an odd mix of LEGO sets since then, with a new trademark filing suggesting a stronger commitment to LEGO Back to the Future sets over the years ahead.

Back to the Future has earned a devoted fanbase over the years thanks to its comedic performances, elaborate set pieces and time-hopping tomfoolery. As such, there’s plenty for new LEGO sets to draw inspiration from, including:

Okay, yes: we do already have a minifigure-scale DeLorean. But considering it’s a bit flimsy (and expensive on the secondary market) it’s in dire need of an update. A modern-day version could benefit from improved detailing and – crucially – provide space for two passengers instead of one.

Ironically, we could get a new DeLorean in another LEGO theme. The Speed Champions theme has recently branched out into sets inspired by movies, with James Bond and Fast and the Furious sets arriving next month. As such, this could be one of the likeliest models to appear in the future.

Back to the Future is in many respects the story of Hill Valley itself, as we travel from one end to the other of its existence. As such the town undergoes many different changes, with past, present and future all offering fertile ground for LEGO versions.

That said, we’d be tempted to go for either future or past versions of the town. The 2015 Hill Valley is replete with iconic elements like hoverboards, kerbside fax machines and flying cars, while the 1880s Hill Valley has the Old West theming to recommend it. As LEGO sets continue to grow in ambition, this could be a LEGO set to end all LEGO sets.

Doc Brown’s workshop plays a relatively small part in the broader movies, but it could still be worthy of a LEGO model. The original incarnation (which is stuffed with timepieces and gadgetry) could provide plenty of play features – including Marty’s amplifier test-drive. Of course, the Old West version – with its model railroad, ice machine and other accessories – is another solid option.

2 – The Enchantment Under the Sea Dance

This high school event is a crucial moment in both the first and second movies, allowing Marty’s parents to affirm their love for one another. It also allows Marty to show off his guitar skills – to an admittedly mixed reception.

This would be a great opportunity for us to get minifigures of George and Elaine, as well as other key characters like Biff Tannen. There could even be a couple of Marty minifigures, given the events of the second movie.

Following the destruction of the DeLorean, Doc builds an elaborate, steam-powered version of the time machine in the third movie. In addition to running on rails, the locomotive can fly through the air as the DeLorean can. Such a model would present a stiff challenge for the LEGO Group’s design team, but it would be an amazing model to own.

This is actually an idea the LEGO Group has explored before now. The Dimensions theme gave us a tiny version of the locomotive, while the Time Cruisers theme provided us with a spookier version of it back in the ’90s. Clearly the time is ripe for an update.

Of course, until we get official confirmation from the LEGO Group, these will all remain speculative. For now we’ll have to make do with 10300 Back to the Future Time Machine – assuming you can locate a copy of it.