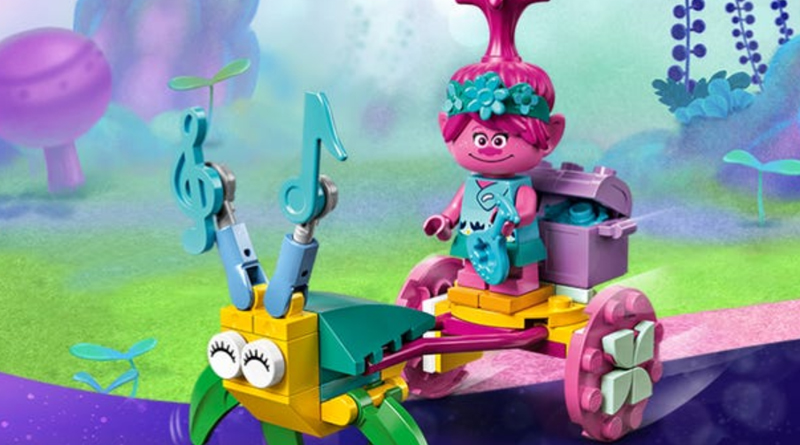 Anyone spending £30 or more on LEGO Trolls World Tour will get an exclusive polybag set, 30555 Poppy’s Carriage, added to the order for free. With LEGO Stores closed, the online shop at LEGO.com is the only way to get the deal.

The little set contains 51 pieces and builds a little insect-drawn carriage for Poppy. The character comes with treasure chest and guitar accessories. Some of the unique new elements, including the music notes, are contained within the polybag.

Trolls World Tour sees the characters visit new worlds and discover new music, realising that there are many different genres and ways to express yourself.

The full range of colourful sets launched on January 1: