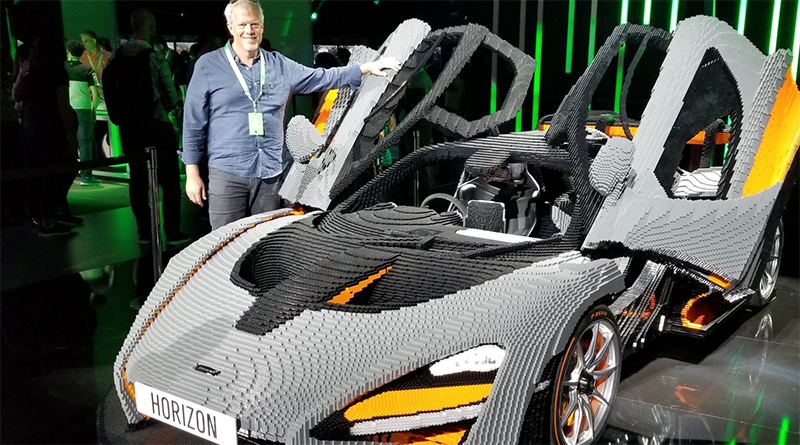 In March, the LEGO Group and McLaren teamed up to reveal a full sized, brick built Senna. The impressive model – that has space for a person to sit in – is currently on display at E3 2019.

A new update for Forza Horizon 4, that will launch on Thursday, was announced to be LEGO Speed Champions, bringing the brick world into the open world racing game. The new LEGO update for Forza Horizon 4 will bring more than just Speed Champions cars into the popular video game – creativity will be on display, with a dinosaur graveyard, crashed UFO site and pirate’s cove to make it feel like a fully realised LEGO environment. In a natural valley, this entire LEGO world has been constructed for a full on brick festival.

Nine real Sennas could have been built in the 2,725 hours it took to build the model, which uses 467,825 pieces and weighs in at 1,700kg. As well as the automatic LEGO elements, the car uses a carbon fibre seat, steering wheel, tyres and pedal box from a real Senna. Fans will be able to check it out at the Goodwood Festival of Speed.