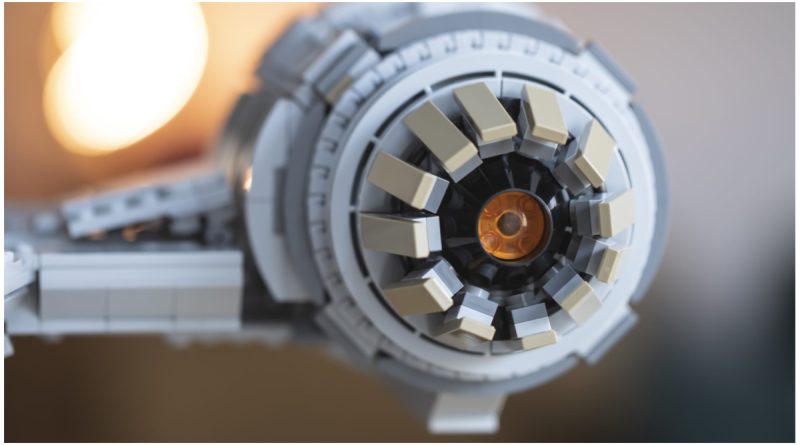 Even with a big set like 75331 The Razor Crest, sometimes it’s the little details that count. You won’t catch Din Djarin doing this, but it’s still a whole lot of fun.

Sets like the new Ultimate Collector Series offering, 75331 The Razor Crest are often viewed as serious sets for serious people. They are for admiring, rather than playing with, and for examining with a critical eye while stroking your beard (real or imaginary).

Alternatively, you can find the fun in such sets, whether it was intended to be there or not. There’s one element in Mando’s ship that just cries out to be played with, even if it isn’t what the Star Wars design team had in mind when they created it.

Click below for a 15-second burst of childish glee, and then go away and look at your LEGO sets in a new light.

Once you’ve done that, why not subscribe to the Brick Fanatics YouTube channel? Get regular video updates on all things LEGO. News, reviews and snippets that you just won’t find anywhere else, all delivered directly to you with not a scooter-riding messenger in sight. You can also achieve the same (on a much hipper, cooler platform) by following us on TikTok.

Any LEGO that you buy via our affiliate links will help to support Brick Fanatics. Thanks.