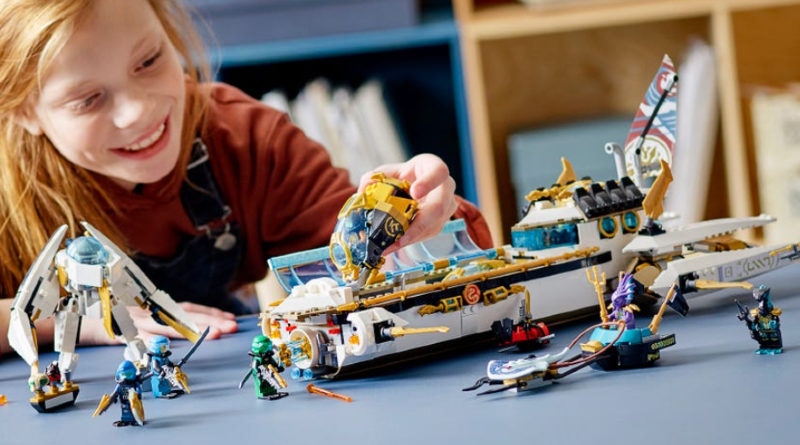 LEGO NINJAGO’s largest Seabound model, 71756 Hydro Bounty, has been before release showing us the interior of the submarine set and how the many features function.

AustrianBrickFan has reviewed NINJAGO 71756 Hydro Bounty ahead of its release on June 1, or August 1 in the US. The Hydro bounty is the underwater vehicle of choice for the ninjas this season as they venture beneath the waves to stop a malicious sea serpent from laying waste to the world above.

With 1,159 pieces and eight minifigures, 71756 Hydro Bounty is the biggest set in the summer wave of NINJAGO, followed closely behind by 71755 Temple of the Endless Sea. Thanks to this first look, we can get a close-up view of the interior for the mobile base that the ninjas will be calling home for the summer.

The long shape of the vessel is home to a very spacious interior, though over half of it is used as a hanger for the included miniature submarine pods that Cole and Lloyd pilot. The rear features a small control room with space for three minifigures, some decorated portholes as well as a skylight.

The front of the ship can also detach to become a separate mech to fight Prince Kalmaar and his minions. The LEGO designer for the set has been online already to showcase how this feature came to be.

You can check out the rest of the upcoming NINJAGO models here, as the launch date quickly approaches. There’s plenty to the wave beyond Seabound though as the anniversary Legacy sets continue to release.