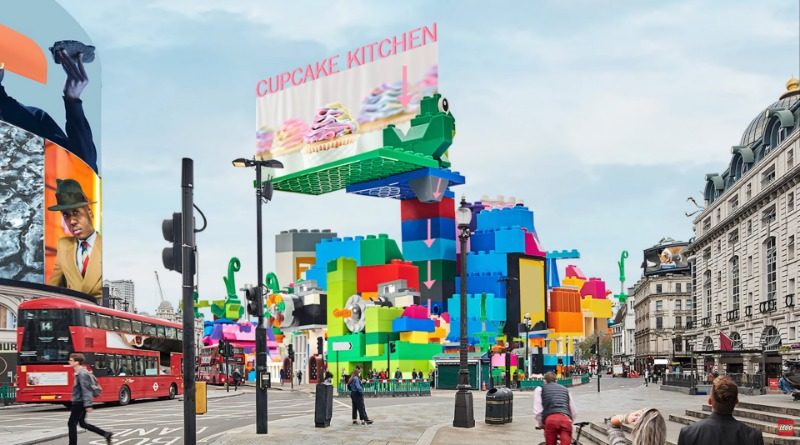 Children from Hackney have redesigned London in LEGO as part of the ongoing Rebuild the World campaign.

Year 4 pupils from the London Fields Primary School, led by TV presenter Reggie Yates, were asked to redesign the city around them with LEGO bricks in whatever way they imagined.

A total of 60 pupils from the inner-city primary school came up with some incredibly creative designs, including trampoline-topped terraces and wind-powered disco offices. Architect Dara Huang then rendered their designs into the city, adding realistic elements on top of the bricks to bring their ideas to life.

“I was absolutely blown away by the kids’ creativity,” Dara explained. “We shot context of where we thought their buildings would be best-placed, and we shot the LEGO builds in the exact same perspective, and then we started to blend the two together. That’s when the magic really started to happen.”

You can check out all the builds in the video below, along with the kids’ astonished reactions to seeing their ideas in the real world.

“This session and exercise was a great way of encapsulating what the Rebuild the World campaign stands for, which is to celebrate kids’ creativity and challenge adults to see the world through children’s eyes,” LEGO play agent David Pallash told the Hackney Gazette.

“They have a unique, playful outlook and the ability to make the world a little brighter. Without the inhibitions of social norms, logic and social aspects such as status in society, a child’s thinking is fearless. There is no right or wrong when it comes to their thinking, which can lead to some incredible creative solutions.”

The LEGO Group recently reactivated its Rebuild the World campaign with a lively new holiday advert, which has scored big on emotional engagement.

To continue to support the work of Brick Fanatics, Please buy your LEGO sets from LEGO.com using our affiliate links.