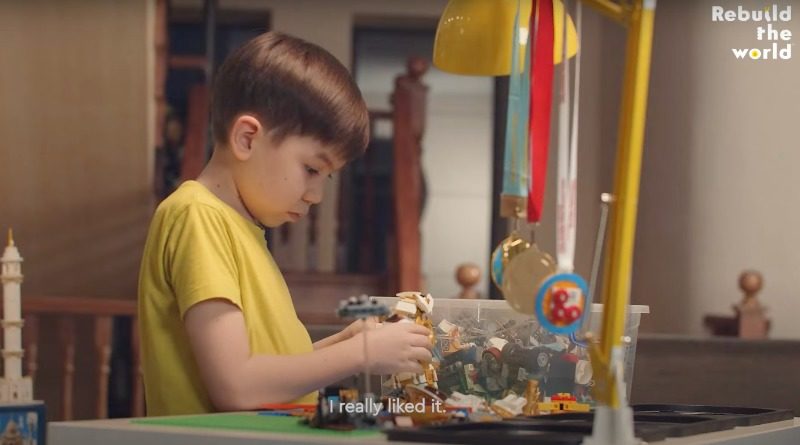 The LEGO Group has released a video highlighting the amazing story of a young LEGO fan who wants to change the world.

Dias, a little boy from Kazakhstan, was diagnosed with a brain tumour at the age of three. Since then, he’s had three brain surgeries, two in Israel and one in Moscow, and 30 radiotherapy treatments.

Throughout his childhood, Dias hasn’t been able to play with other children easily, with his health not allowing him to go out and run around in the park like other kids. He often felt left out – until his brother bought him his very first LEGO set.

Even when Dias lost the ability to walk after one operation, he could still play with LEGO builds, keeping him entertained and happy during some of the more difficult times of his childhood. His doctors even say that his coordination and speech skills improved from his interest in creating with LEGO bricks.

Today, Dias has an impressive collection, including 75257 Millennium Falcon, 75288 AT-AT, and 71043 Hogwarts Castle. He’s competed with his team and won the FIRST LEGO League Cup, where he put his skills to work building competitively.

When he’s older, Dias wants to work in construction or engineering and has hopes of visiting the LEGO Group’s hometown, Billund in Denmark.

He also plans to open a dedicated LEGO museum for disabled people, where they can enter for free and experience the same joy he found in building with LEGO bricks for themselves. In doing so, Dias plans to change the world and make it a better place for everyone to enjoy.

You can see Dias in action with his LEGO team and hear from him and his family about how LEGO sets changed his life by clicking on the video above.

Support the work of Brick Fanatics by buying your LEGO sets from LEGO.com using our affiliate links.