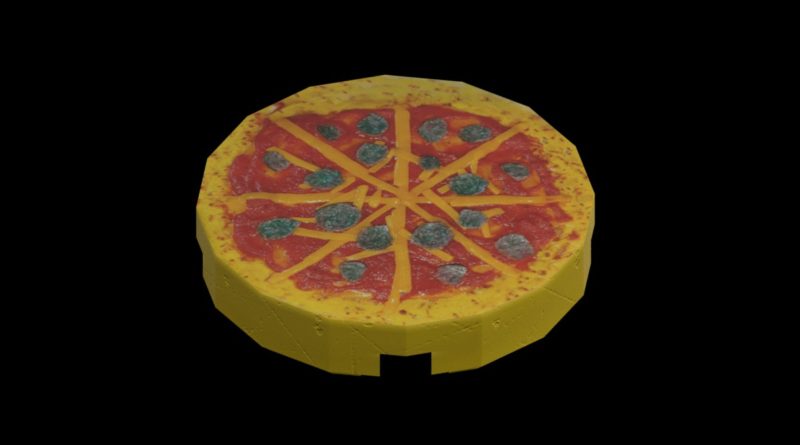 The question of what the classic LEGO pizza brick would look like in real life has finally been answered thanks to a creative Twitter user.

Ever since the classic LEGO pizza piece appeared in 6350 Pizza To Go in 1994, the tasty element has been featured in many themes and places, but non-minifigures have never had a chance to taste the yellow crust or green toppings, until now.

Twitter user dogs_on_mars has recreated the familiar element in real life, using plenty of cheese and food dye to get the look just right. The process of creating the real LEGO pizza is explained in a Twitter thread.

Cheese and tomato sauce were used to decorate the crust, including an extra layer of cheese and a dose of food dye to achieve the classic yellow colour. For the green toppings, the user chose to use a similar process to dye pepperoni.

Once the physical pizza was completed, the next step was to see what the real LEGO pizza would look like if it was turned back into a brick using Studio. The final result is a notably high-quality version of a retro LEGO brick.

The LEGO pizza has been updated in recent years with a more realistic appearance that should be easier, but possibly not as entertaining, to recreate in real life. The updated element can be found in some 2022 sets including 10784 Spider-Man Webquarters Hangout and a 10th anniversary LEGO Friends model.