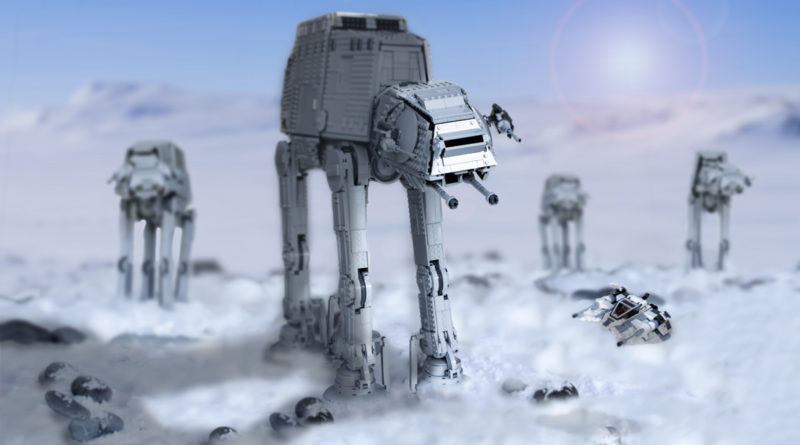 Following its Black Friday 2021 debut, 75313 AT-AT is surprisingly still in stock on the official UK and Europe online stores, but for how much longer?

Despite all the teases, hype and anticipation, 75313 AT-AT is still available in the UK and Europe from LEGO.com. It was temporarily on backorder for a very short period of time in the UK, but the massive LEGO Star Wars UCS set stubbornly refuses to sell out.

That’s certainly not the case in the US though, as the set is currently listed as being temporarily out of stock, with no additional inventory due until the New Year. Lucky UK and European fans can still get their hands on the 6,785-piece Imperial Walker though, but with the Christmas shopping rush in full effect, it might not stay that way for much longer.

Despite the popularity of LEGO Star Wars, the premium price point of 75313 AT-AT has been a sticking point with a number of fans. Responses from a recent Brick Fanatics Twitter poll indicated that over 47% of you think that the set is ‘way too expensive!’ and that paying for it was the number one reason why over 76% of you weren’t looking forward to the set.

However, as the Christmas shopping window approaches its final two weeks, we wouldn’t be surprised to see the lumbering behemoth finally sell out online. Fans who waited too long to grab 75313 AT-AT will then have no choice but to wait until sometime in 2022 for another chance to take down an Imperial Walker.