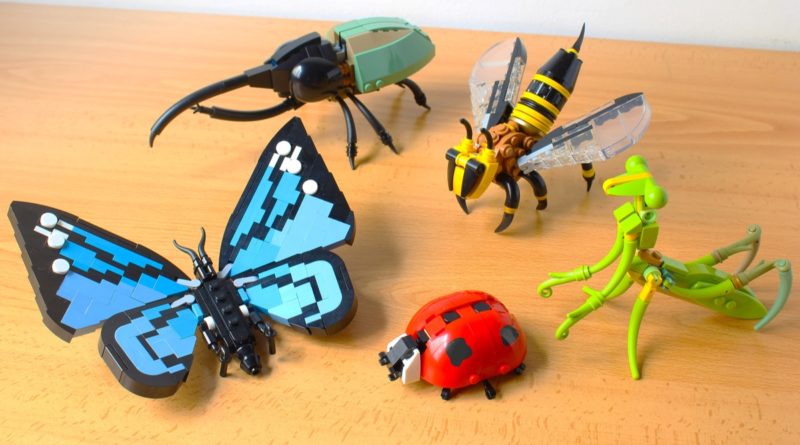 A LEGO Ideas project pitching five brick-built insects has passed the 10,000-supporter mark on the crowdsourcing platform, and is now in contention to become an official product.

LEGO Insects by YouTuber hachiroku24 includes a butterfly, two beetles, a honey bee and a praying mantis. Together, they’re a colourful collection of creatures that aren’t quite to scale with each other – only the Hercules Beetle and Blue Morpho Butterfly are life-size, while the rest are much bigger than in reality – but still make for a fascinating mix of builds.

It’s taken nearly a year to the day for LEGO Insects to rack up the necessary support to proceed to the review stage, having originally been submitted to LEGO Ideas on February 8, 2021. It’s been a long journey for a project that hachiroku24 says took a ‘few days’ to assemble, but it doesn’t end here: in fact, this is just the beginning.

That’s because the project now lies in the hands of the LEGO Ideas review board, which will decide as part of the first 2022 review whether to produce LEGO Insects as an official set. There’s certainly precedent for this kind of build in 2015’s 21301 Birds, but it’s always tricky to predict exactly what the LEGO Group will go for in any particular review.

This is the 14th project in the first 2022 review. Check out the full list of ideas in the running below.