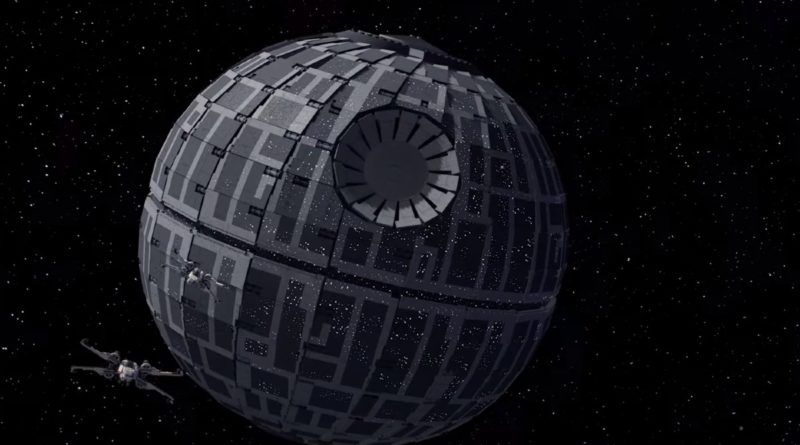 A new gameplay overview trailer for LEGO Star Wars: The Skywalker Saga has us dreaming of what a fresh UCS Death Star model could look like.

Spotted towards the end of the six-minute gameplay overview trailer recently released for LEGO Star Wars: The Skywalker Saga is a familiar space station that leaves us wondering if it’s a sign of what a new UCS Death Star set could look like.

Through last year were rumours of such a LEGO Star Wars set, before more recent suggestions scaled down ambitions towards a set coming in 2022 that will be recreating the trench run scene instead, or even the garbage compactor. While a huge brick-built Death Star might not be on the cards at the time of writing, the upcoming LEGO game does include a digital, but grand build, suggestive of what it could look like.

As a pair of X-wings fly away after a successful attack on the space station, a glimpse at the in-game model can be seen faithfully recreated with bricks with various panels assembled in a curved structure, similar to 21332 The Globe.

The planet-destroying laser is also present, using a series of angled plates circularly with a wide dome element at the centre partially holding them in place.

Currently, no LEGO Death Star set recreating the entire space station is rumoured, but you can still look forward to the launch of LEGO Star Wars: The Skywalker Saga on April 5, which will include – among other things – a mumble mode.