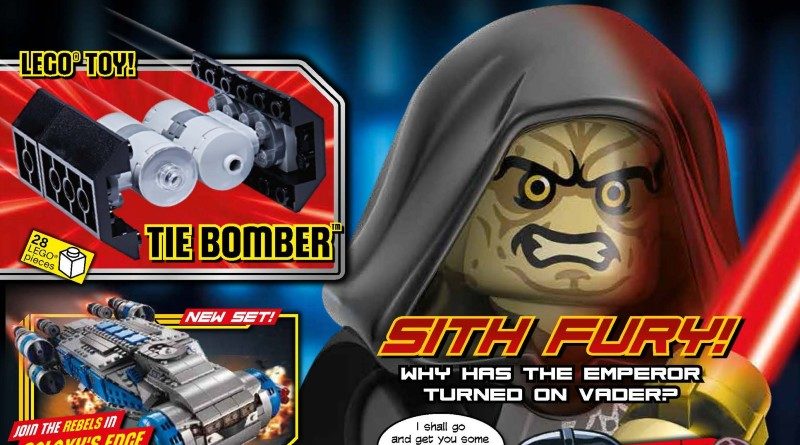 The 71st issue of the LEGO Star Wars Magazine has arrived on shelves, with a free TIE Bomber and mystery bonus model packed within.

The LEGO Star Wars magazine shows no sign of stopping as the latest of Immediate Media’s instalments includes a vehicle rarely seen in brick-built form. Much like many of the past issues, this month’s offerings are a pair of miniature models, with one revisiting a past toy.

The TIE Bomber included is made up of 28 pieces, a perfect enemy for Issue 70’s V-Wing Starfighter. You’ll also be able to nap a bonus build from one of the past magazines.

Between the pages of the issue, you’ll also find an assortment of activities, puzzles and spotlights on the latest LEGO Star Wars sets. This time, one of those spotlights is on 75293 Resistance I-TS Transport and the world of Batuu on the Galaxy’s Edge.

You can pick up your copy of the LEGO Star Wars magazine Issue 71 from all good retailers like most supermarkets and newsagents right now. However, with twice the normal amount of LEGO models comes a price increase from £3.99 to £5.99.

Stay tuned for a closer look at the included LEGO models, which we’ll bring you when we find the magazine for ourselves.