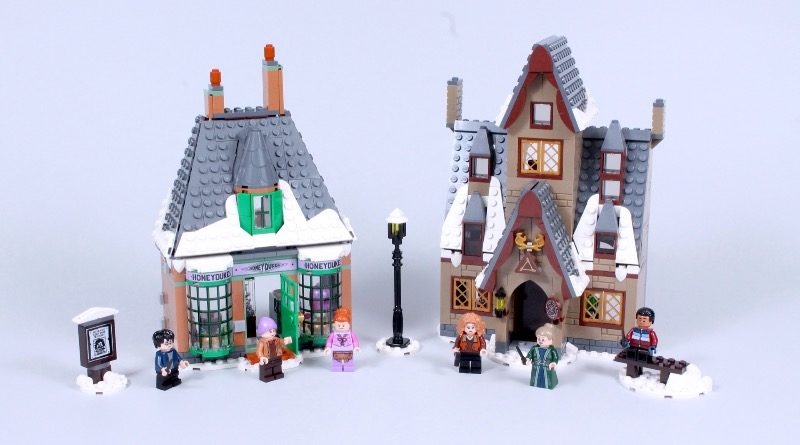 Time is of the essence if you’re looking to score an exclusive early discount on LEGO Harry Potter 76388 Hogsmeade Village Visit.

The 851-piece 20th anniversary set only hit shelves last month – and won’t launch in the US until tomorrow – but we’ve already secured an effective 25% discount in an exclusive deal with Jadlam Toys & Models. Using code BF153 will take a further 15% off its already-discounted list price, while the retailer’s loyalty program will give you an extra 5% back in points to spend on future purchases.

It all adds up to a tempting offer on the pair of buildings, which represent the first time Honeydukes and The Three Broomsticks have been released in an official set. And even if you’re not a Potterhead, their snowy roofs position them as great additions to any growing Winter Village collection.

76388 Hogsmeade Village Visit normally retails for £69.99 in the UK, but our code at Jadlam brings it down to an asking price of just £55.21. The code will expire at 23.59 UK time today, July 31, however – which means there’s only a few hours left to take advantage and bag a tasty discount ahead of tomorrow’s avalanche of new sets.

If you need any further convincing, check out our detailed review, which considers both the build and its seven (seven!) minifigures.

Please consider supporting the work that Brick Fanatics does by purchasing your LEGO – including the discounted 76388 Hogsmeade Village Visit – from Jadlam Toys & Models. Thank you!