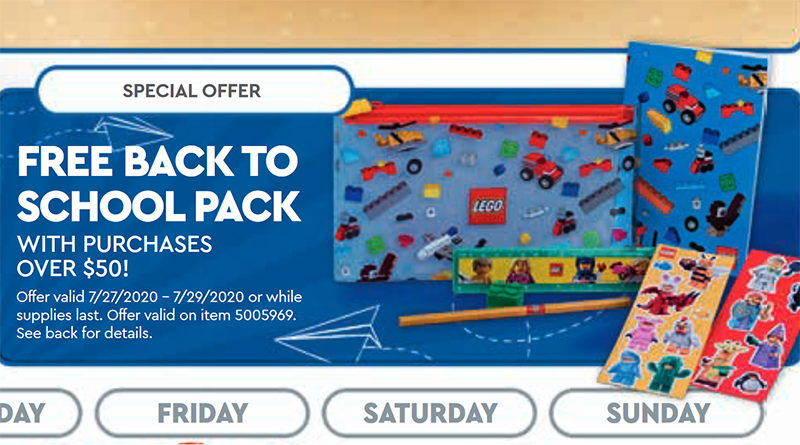 A free LEGO Back to School Pack will be offered with qualifying purchases at the end of July.

The LEGO Group is reminding the poor old children about school as early as July, offering 5005969 Back to School Pack free with purchases totalling $50 or more for a limited period, the Brick Fan reports. The promotion will begin on July 27 and run until July 29 in the USA, with international details to be confirmed.

5005969 Back to School Pack will contain LEGO branded pencil case, stickers, notepad, pencil, ruler and eraser. Collectible Minifigures feature on the sticker sheets. For many fans it won’t be the most tempting freebie going, but may be handy for those with children.

The deal is expected to be available at LEGO.com and in physical LEGO Stores.

Lots of big sets have launched recently that will easily qualify for the deal, including 10273 Haunted House, 21322 Pirates of Barracuda Bay, 42115 Lamborghini Sián FKP 37 and 42107 Ducati Panigale V4 R.

The new LEGO Store calendar has also revealed a 40338 Christmas Tree promotion, a LEGO DC Super Heroes Bizarro sweepstakes and a promotion on 40411 Creative Fun 12-in-1 for July.