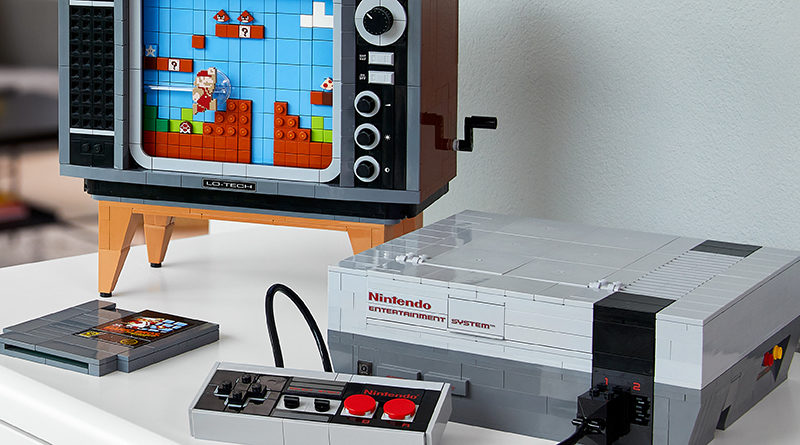 The LEGO Group confirms that the correct price for LEGO 71374 Nintendo Entertainment System is $229.99.

LEGO 71374 Nintendo Entertainment System has been unveiled today, with the US price listed at $199.99 – some fans in North America were suspicious of that excellent value, thinking it was too good to be true. It was, as the LEGO Group has now confirmed that the price will be $229.99.

The set will be released at LEGO.com on August 1. It builds the classic NES console along with an old-fashioned television set using 2,646 pieces.

71374 Nintendo Entertainment System has been packed with detail to appeal to the most ardent Nintendo fan and includes a special Super Mario element featuring an 8-bit depiction of the character. A handle operates a scrolling screen, so that Mario can travel through the level just as he did in Super Mario Bros.

It is even compatible with 71360 Adventures with Mario Starter Course (review), as the interactive Mario figure can be placed on top of the tv for special reactions.