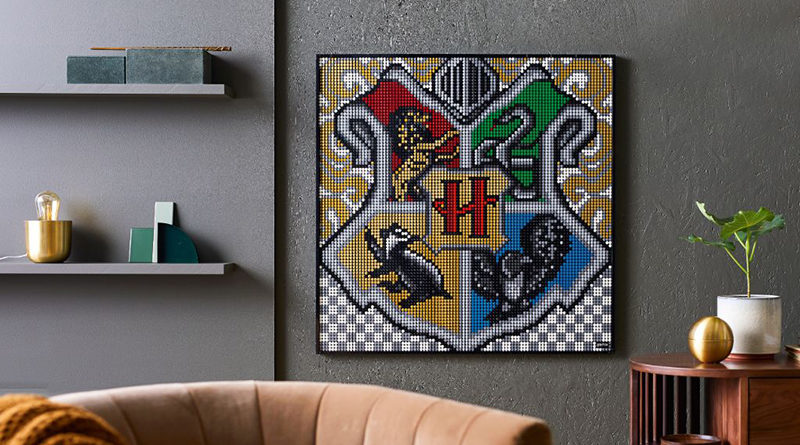 The original soundtrack for LEGO Art 31201 Harry Potter Hogwarts Crests is now available to everyone online, offering an insight into how the mosaic model came together.

Each product in the LEGO Art range includes an accompanying ‘soundtrack’ – probably more accurately described as a podcast – designed to be listened to while laying down the 1×1 plates or tiles. Alongside clips from the source material, the audio tracks deliver behind-the-scenes access to LEGO designers and insight into the process of creating a LEGO Art set.

The soundtrack for 31201 Harry Potter Hogwarts Crests follows that formula to a tee, featuring interviews with LEGO Designer Kitt Kossmann and a wealth of talent from the Harry Potter film franchise. Graphic Designers Miraphora Mina and Eduardo Lima, Creative Director Alan Gilmore and Head Prop Maker Pierre Bohana all appear to discuss Hogwarts houses, their love of Harry Potter, and their time working on the wider Wizarding World.

If you don’t yet own a copy of 31201 Harry Potter Hogwarts Crests, you can order it from LEGO.com right now. The 4-in-1 model includes instructions to build a crest for each of the four houses: Gryffindor, Slytherin, Ravenclaw and Hufflepuff. And like every LEGO Art product, picking up multiple sets will allow you to build a single larger mosaic – in this case, a Hogwarts crest.

If you’d rather just watch the mosaic come together, you can do so by hitting play on the YouTube video above, which sees each of the four house crest designs assembled in real-time.

31201 Harry Potter Hogwarts Crests isn’t the only LEGO Art set that’s just arrived online: 31202 Disney’s Mickey Mouse is also now available to order. You can read our review of that set here. For a full list of every LEGO 2021 set currently available at LEGO.com, click here.