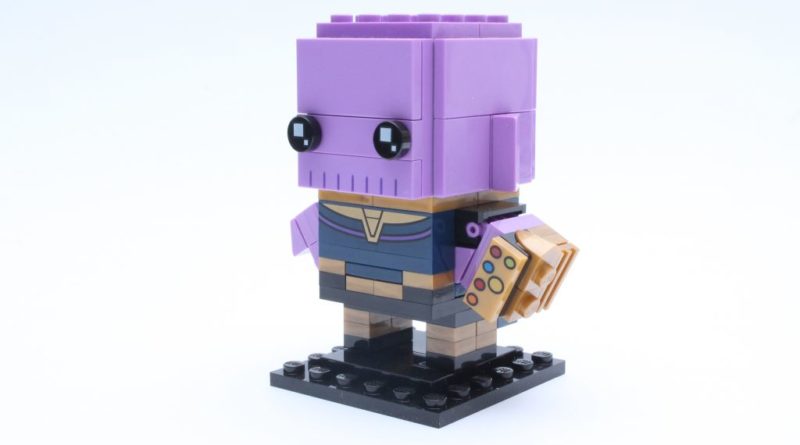 The Avengers: Infinity War hype may have tailed off a bit after the movie hit cinemas earlier this year, but it’s safe to say this LEGO BrickHeadz will be one that remains popular well into 2019. After all, we’ve yet to see just what will become of the giant purple thumb’s master plan.

And even once the as-yet-untitled Avengers sequel comes and goes, Thanos is the villain that ties together the entire Marvel Cinematic Universe up to this point. So it’s easy to see why he was selected as one of the four BrickHeadz to tie into this year’s movie – but can the statuette live up to that lofty reputation? 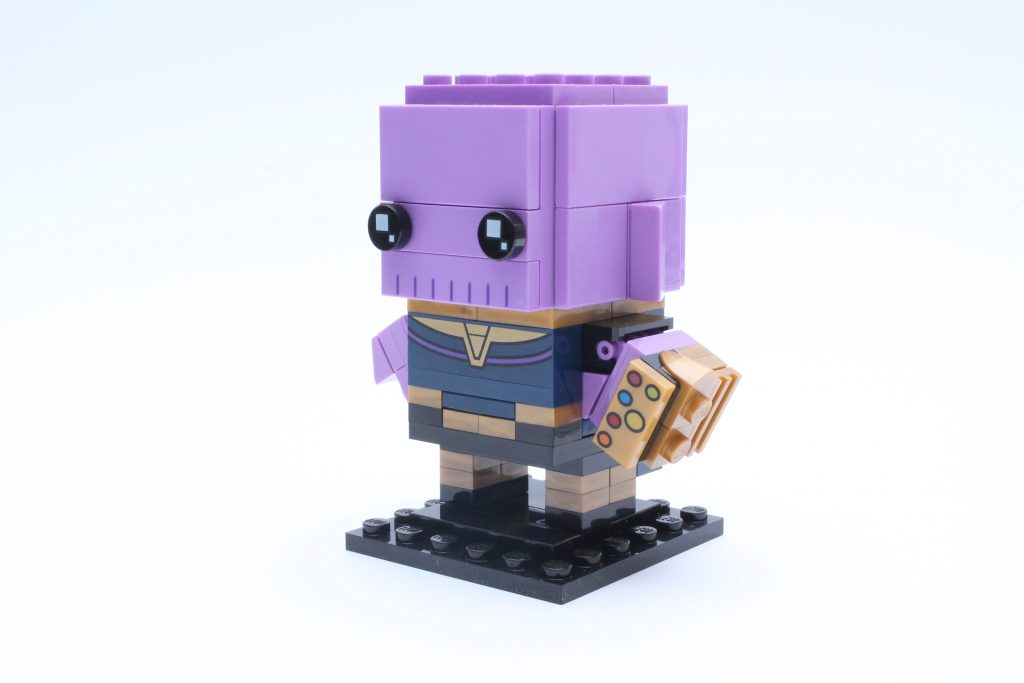 Well, yes and no. Thanos’ bulbous bonce is actually pretty well-suited to the BrickHeadz form, regardless of its limitations. But it’s also a hairless head, removing one of the options that helps make each character distinctive within that limited, angular construction palette. Fortunately, there are other ways to make the Grand Titan stand out – his purple skin, for one.

The other Avengers characters from this BrickHeadz line-up – Star Lord, Iron Man and Gamora – aren’t exactly drab, but the purple parts on offer here still set Thanos apart from the pack. Paired with the dark blue and gold colour scheme, the whole thing just pops. So while his helmet could have made his head a more interesting build, it would have done so at the expense of one of the model’s most inviting features.

At this scale, the Infinity Stones were only ever going to be represented by a printed piece, but the golden Infinity Gauntlet does a great job nonetheless. The 1×1 plate with tooth works particularly well to convey the impression of a clenched fist, even if it does leave Thanos’ hand completely out of scale with his fellow BrickHeadz cast.

There are only two other printed tiles here, one of which hilariously recreates the wrinkled chin of the ‘real’ Thanos in BrickHeadz form, with straight, equally-spaced out lines. The other adds detail to his chest, without being overbearing.

Thanos doesn’t really offer any surprises for veteran BrickHeadz collectors, but Marvel fans won’t want to miss out on the big bad of the MCU. And even parts junkies will find plenty to love here, among the eclectic mix of pearl gold, dark blue and purple. BrickHeadz aren’t something one considers when completing their superhero collections, but this does put a smile on our face.

40615 Thanos is available now at shop.lego.com. You can help support Brick Fanatics’ work by using our affiliate links.