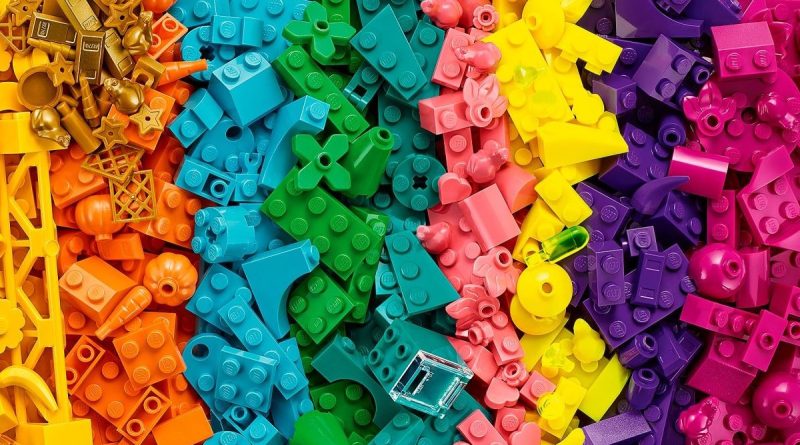 The LEGO Group has confirmed the coming debut of several new LEGO elements in the LEGO Pick a Brick service.

LEGO Pick a Brick is a service that allows LEGO fans to buy loose elements directly from the LEGO Group. Accessible through LEGO.com, it offers a wide assortment of pieces including bricks, plates and minifigure components. Earlier this year the service has merged with the Bricks and Pieces service, which offered a slightly different selection of elements.

In short, it’s a pretty useful resource for custom builders – and now, a range of more recent elements is coming to it. A message from the LEGO Group tells us that at the end of this month, several ‘novelty’ elements will appear on LEGO Pick a Brick.

In this context, ‘novelty’ refers to a new element or a recolour of an existing one. The element retains the term ‘novelty’ for the first year of its production.

So what sort of things can we expect to see appear on the service? Parts introduced this year include the 2/3 high 1×1 brick; these have appeared in sets like 21184 The Bakery and 10305 Lion Knights’ Castle. Another example is the angled plates used in sets such as 71757 Lloyd’s Ninja Mech. These allow for angled limbs to be more easily created.

Since 2022 has seen several hundred novelty elements appear, this could mean a significant expansion of the service. Going forward, the LEGO Group’s intention is to launch novelty elements four months after their introduction – and to release new ones on a monthly basis. Highly specialised elements like printed pieces and animals may take longer to appear, however.

In any case, you can visit the Pick a Brick page now on LEGO.com to see what’s available. Be sure to check back next month if you’re keen to add some novelty elements to your collection.