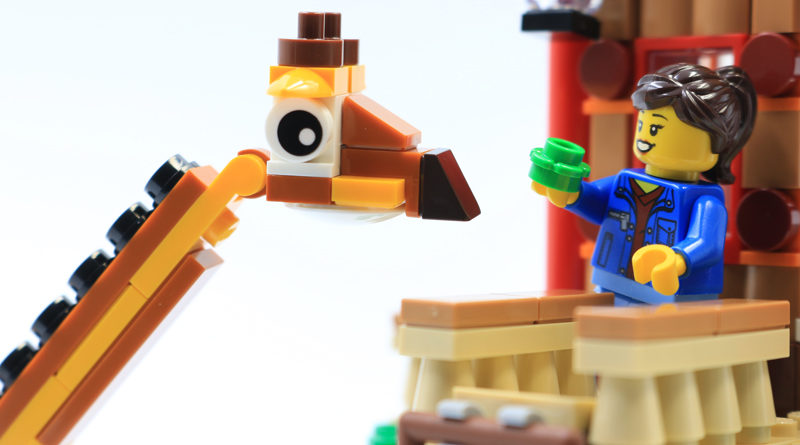 LEGO Creator 3-in-1 31116 Safari Wildlife Tree House lets you live out your travel fantasies in a COVID-hit world, which should surely put it high on your wish list – but is it worth buying a ticket for?

Journey into the savannah and encounter giraffes at the window, crocodiles swimming lazily through the water and even lions prowling the wilderness. No, that’s not the description for a luxury holiday, but rather what’s in the box of LEGO Creator 3-in-1 31116 Safari Wildlife Tree House. It might take inspiration from those glossy holiday brochures, though, as the treehouse is definitely not your average camping trip.

With three models all about exploring the wonders of a safari, this Creator set aims to combine locations, unusual transportation and African animals in one harmonious set.

Built onto a base of olive green half-circle and 2×16 plates, the treehouse has a surprising amount of details. Little cacti are dotted underneath, made cleverly from sand-green tooth elements and even LEGO sausages. Across the balconies, dozens of 1×1 cones create neat railings, while even a brick-built anemometer (the technical term for an instrument that measures wind speed) adds a touch of science to the roof.

It’s also a very sturdy structure, as the trunk is made up from half-circular wall elements with a long Technic pin running through the centre. This is certainly a model that can withstand being knocked over. Inside is an open-air living room with a comfy couch that uses bowed tiles for rounded armrests, and the little bathroom has some nice touches including a flower piece as soap. There’s also a new 2×2 tile printed with an African sunset attached to the wall, as if all the other savannah references weren’t enough.

Of course, it couldn’t be a wildlife safari without some actual animals. The flamingo is fabulous, ingeniously using heart tiles for wings. The giraffe is more cute than realistic, but the variegated pattern of its coat has been well replicated within the size limitations of the model. As the legs and neck are both hinged it is also possible to pose the giraffe in relatively realistic positions.

The same can’t be said for the animals of the other two builds, however. The lion looks more like a dog than the king of the jungle – brown cheese slopes around the face are supposed to mimic a mane, but instead they look strangely like floppy ears. As for the crocodile, it’s static, blocky, and not particularly interesting.

The other two models are quite diverse considering the pieces in the box, with the designers proving what can be done with some imagination. It might be a bit angular, but the biplane still has a recognisable shape. However, the curved pieces for the nose do look out of proportion. Finally, the catamaran does look like it has been clicked together with a bunch of leftover bricks, but its ramshackle appearance could look good in a rugged Pirates display.

Neither of the minifigures is exclusive, but they add a lot more playability to this set. The young boy has really great printing on his red jacket, with pockets and stitch detailing in orange, and the inclusion of a camera accessory is sure to encourage storytelling in young fans. The detailing is continued on the woman’s denim jacket, although it’s a shame her legs are completely plain.

There’s so much to enjoy about 31116 Safari Wildlife Tree House, which is much more than the singular model mentioned in its title. That makes it really good value, especially as it will keep fans young and old busy clicking away for hours – then un-clicking too, as they swap between the three build choices.

If you’re after more than just a LEGO Creator animal set, 31116 Safari Wildlife Tree House is a great choice, as it provides a diverse range of builds in one set. It is also one of those rare 3-in-1 sets where each model is quite easy to take apart, with barely any fiddly Technic to try and yank out, so you won’t have to dread changing between the different models. 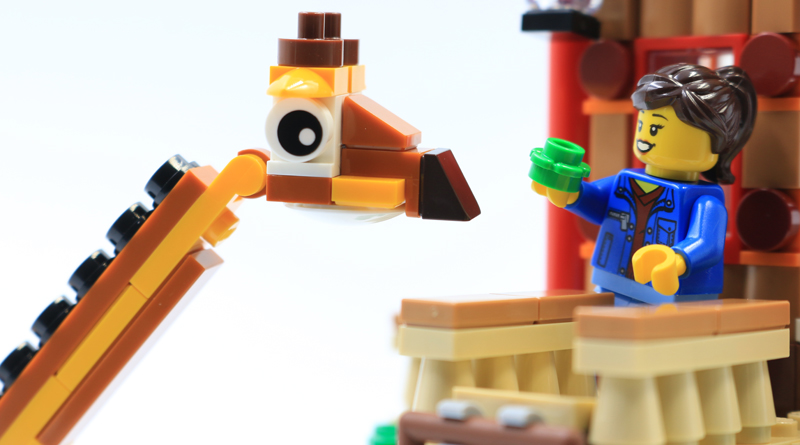