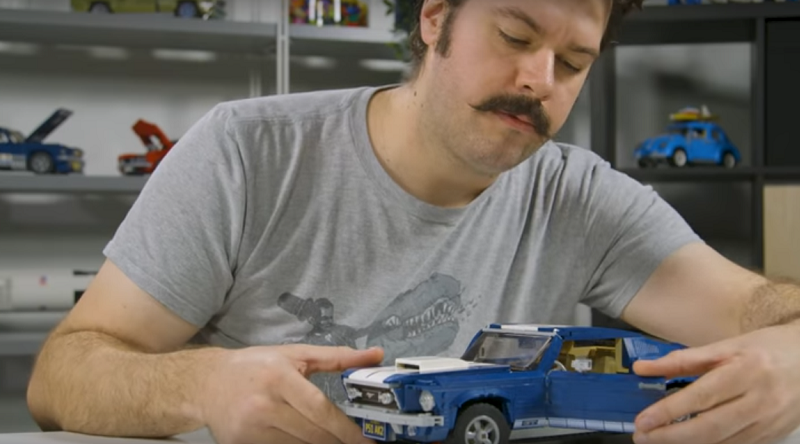 Do not let the video’s title fool you – the LEGO Group has not taken to actually unboxing or reviewing the company’s own products, which might come across rather desperate. Instead, LEGO Senior Designer Carl Merriam is discussing LEGO Creator Expert 10265 Ford Mustang – the new set released a few days ago – highlighting some of the set’s features on behalf of LEGO Design Master Mike Psiaki.

LEGO Element Designer Mani Zamani also appears in the video to explain how he designed new LEGO wheels that would allow the model to include functional steering.

“We chose the Mustang because this is a very iconic American car and it is a great way to get something that people have loved for decades into a LEGO form that you can have, build yourself, have on your shelf, and just enjoy customising and just enjoy taking the different parts on and off, moving things around,” Carl explains in the video.

To find out more about the build process and completed model, read the Brick Fanatics review of the set.

10265 Ford Mustang is available now at shop.lego.com. You can help support Brick Fanatics’ work by using our affiliate links.