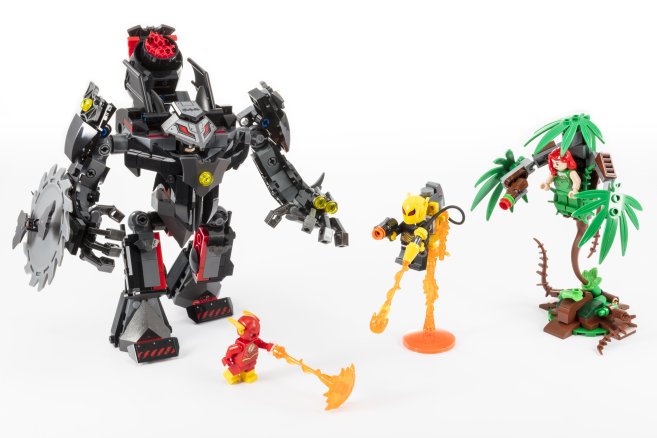 The first set from 2019 has been officially revealed, with the LEGO Group sharing 76117 Batman Mech vs. Poison Ivy Mech from the DC Super Heroes range.

With San Diego Comic Con approaching, the LEGO Group has revealed an upcoming set. With the event an opportunity for the LEGO Group to connect with comic book fans, select sets from the following year’s Super Heroes ranges tend to be revealed. The first announcement this year is from the DC Super Heroes line, 76117 Batman Mech vs. Poison Ivy Mech.

Here is the official description and product images, as exclusively revealed by Batman News:

Knock over the Poison Ivy Mech with the saw blade.