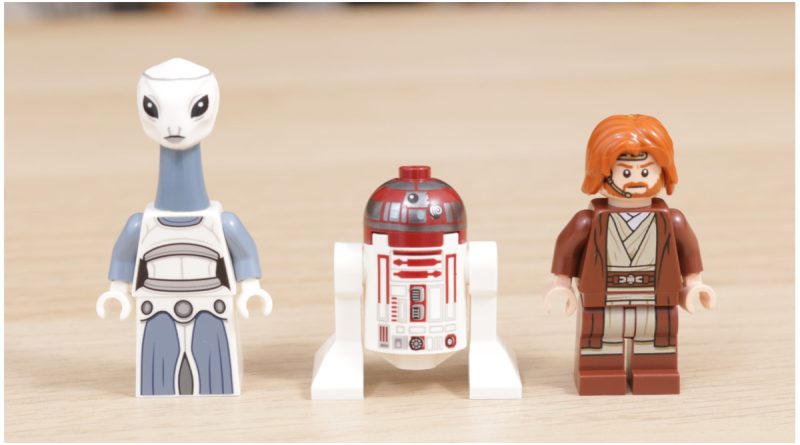 When Taun We appeared in 75333 Obi-Wan Kenobi’s Jedi Starfighter and became the first LEGO Kaminoan, there were rumours about her origins.

Earlier this year, 75333 Obi-Wan Kenobi’s Jedi Star Fighter appeared to some fanfare. The ship itself was nothing new, being a revamp of an old design. Similarly, the minifigures of Obi-Wan and his Astromech, R4-P17 may have been unique to this set, but they had appeared before. It was the third minifigure that had got the Star Wars faithful excited, because it was Taun We, an administrative aide from the planet Kamino.

Kaminoans are tall, slender creatures, and at the time, the whispers were suggesting that the character may have been represented in the set by a mini-doll rather than a minifigure. In a recent interview with Brickset, Creative Lead and Designer Director, Jens Kronvold Frederiksen and Madison O’Neil, Senior Graphic Designer, both of the LEGO Star Wars team, addressed that topic.

While minifigures and mini-dolls have existed in the LEGO universe for many years, it seems as though they are destined to forever inhabit separate worlds. “We generally avoid mixing minifigures and mini-dolls” said Madison, “but we did debate which bottom part would be most appropriate.” But while the Kaminoan’s extended neck gave the team a headache, Madison confirmed that ‘a mini-doll was never in the equation’.

As much as anything, characters do not exist in isolation. They have to look appropriate in the context of the set. Jens made this point, saying: “Kaminoans are relatively tall and skinny, but they do not tower over Obi-Wan in the movie.”

They went so far as to estimate the height of Taun We, saying they ‘established that Taun We is about 2.12 metres tall’. Jens continued, “the length of the neck alone would convey the desired height difference.” adding that the dress piece used also ‘gave the impression of a slightly elongated shape’.

So while many might have gone for the obvious, simple solution to the problem of recreating a seven foot tall bureaucrat, LEGO designers take a more holistic approach. For now, Taun We remains the only member of her race represented in LEGO form, but if Lama Su, Prime Minister of Kamino ever makes it into a set, we’ll have a better idea of what to expect.

Please support Brick Fanatics by purchasing your LEGO via our affiliate links. Thank you.